On 9 September 2019, in Australian Securities and Investments Commission v Mitchell,1 Justice Beach2 once again provided a clear explanation of the relevant test to be satisfied when seeking to rely on litigation privilege.

In dismissing a director’s challenge to the Australian Securities and Investments Commission’s (ASIC) claims to litigation privilege, his Honour confirmed the test requires the party claiming privilege to show the confidential documents in question were created for the dominant purpose of use in existing or reasonably anticipated litigation.

Various types of privilege exist at common law and under statute.3 Litigation privilege, alongside legal advice privilege, falls under the umbrella of legal professional privilege (LPP). LPP is commonly relied upon by disputing parties to withhold from disclosure confidential communications by which they give or receive legal advice or prepare for litigation.

ASIC alleges the directors breached their director duties under the Corporations Act 2001 (Cth) and ought to pay a pecuniary penalty and be disqualified from managing corporations.

In the course of the civil penalty proceeding, a dispute arose about ASIC’s decision to withhold certain documents created from 5 July 2017 about communications it had with potential witnesses and their lawyers for the purpose of eliciting evidence. The identified point in time:

ASIC’s submissions were to the effect that each document was made for the purpose of, or in connection with, gathering the evidence of potential witnesses for the proceeding or otherwise to assist ASIC prepare witness evidence in the proceeding.

Mr Mitchell submitted that a reasonable anticipation of litigation could only exist when there were reasonable grounds for bringing the litigation (i.e. once counsel had given their advice on prospects), that as at 5 July 2017 there was no more than the 'mere possibility' of litigation rather than a real prospect of litigation, that a number of the documents were for the purpose of compliance with ASIC’s compulsory powers and that ASIC, overall, failed to demonstrate the documents were created or made for the dominant purpose of use in any anticipated litigation.

The director’s submissions were not accepted.

Justice Beach confirmed the relevant test for claiming litigation privilege is whether the communication (or document recording the communication) was created for the dominant purpose of use in existing or reasonably anticipated legal proceedings. The documents must also be confidential – but this was not an issue in dispute.

Citing Ensham Resources6 with approval, his Honour noted that a proceeding is 'reasonably anticipated' if it is 'more likely than not or is a real prospect' (as distinct from being a 'mere possibility' only). The judge found that, by 5 July 2017, there was a reasonable anticipation of litigation in terms of it being a 'real prospect' even if it was not at that time 'more likely than not'.7 On the evidence, the judge was satisfied that the 'dominant' purpose was the litigation even if there was also an investigative purpose underlying some of the documents.8

The civil penalty proceeding against the directors is listed for a three week hearing commencing 4 November 2019.

ASIC’s usual approach to claims of LPP is outlined in its investigation and enforcement information sheets, which confirm the recipient of an ASIC compulsory notice may – but is not required to – waive LPP.11 Nonetheless, the regulator is demonstrating that it is increasingly prepared to take a hard line in its investigations and subsequent civil penalty proceedings against directors and officers; particularly in relation to documents withheld on the basis of privilege.

In recent times, ASIC has sought to adduce in evidence at hearing otherwise privileged documents acquired through its compulsory information gathering powers,12 challenged other party’s claims of privilege,13 publically announced that it is prepared to take court action where needed to resolve inappropriate LPP claims14 and sought to uphold claims of privilege over its own documents.15

This decision not only articulates the test for litigation privilege, but also provides a useful reminder that:

Inquiries and prosecutions can be a significant cost burden for corporations, directors and officers. As a director or officer, it is important that you and your company’s legal, risk and compliance staff are aware of your rights and obligations when faced with an ASIC compulsory notice. It is also important to consider your company’s insurance needs and have in place appropriate insurance that will, amongst other things, cover you for legal costs incurred in defending investigations, inquiries and prosecutions. 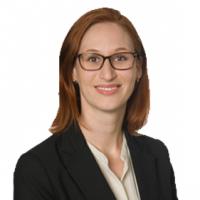