Security for costs – now available for order against third parties

In the usual course of litigation, 'costs follow the event', meaning that upon a determination, payment of the successful party’s costs are ordered against the unsuccessful party. However where there is a question as to whether a party can meet an adverse costs order, security for costs may be awarded.

Security for costs is a measure designed to ensure justice – that a party being sued should not be forced to incur costs in defending itself if the claimant does not have the means to pay any costs order if the claim is unsuccessful. In such situations, where an order for security for costs is made, the security is held by the Court pending determination of the proceedings or the proceedings are stayed until security is provided.

While in funded litigation the reality has been that orders for security for costs made against a representative applicant have been paid by the funder, until now the orders themselves have only been available as against the party to the proceedings. However, on 8 October 2019, his Honour Justice Lee of the Federal Court broke new ground when he made orders for payment of security directly against a non-party funder in a class action proceeding.

The proceedings are funded by Augusta Ventures Limited (Augusta).

Central to the argument against the application for security was s 570 of the FW Act, which limits the circumstances in which a party to a proceeding may be ordered to pay costs in circumstances where:

These limitations essentially create a ‘no costs’ jurisdiction. Augusta opposed the making of an order against it for security on the grounds that:

His Honour determined that he did have power to order payment of security against Augusta.  He dismissed the notion that s 56 of the Federal Court of Australia Act 1976 (Cth) (Act) restricts the power of the Court to ordering security for costs against an applicant only.

Section 23 of the Act provides the Court with powers to 'make orders of such kinds, including interlocutory orders, and to issue, or direct the issue of, writs of such kinds, as the Court thinks appropriate' and s 33ZF of the Act provides general powers to 'make any order the Court thinks appropriate or necessary to ensure that justice is done in the proceeding'. His Honour held that any suggestion that either ss 23 or 33ZF could not be used to award security against a non-party because s 56 only provides for an award against a party to be unpersuasive.

In making the order for security for costs against Augusta, his Honour:

His Honour further noted that the only limitation on the discretion of the Court as to security is that it be exercised judicially.7

In response to the 'no costs jurisdiction' argument, his Honour  considered that s 570 should be taken as 'having put in place a protection preventing the usual cost-shifting rules applying against a party' having the effect of safeguarding the ability of an applicant to bring an action without concern of the financial consequences of an adverse costs order. However, he found '[t]here is no compelling textual or contextual argument which would suggest that this protection should be somehow extended to non-party funders who are using these claims to their perceived commercial advantage'.

His Honour also dismissed the argument that it would be inequitable to award security against Augusta in circumstances where the applicant, Mr Turner, is unlikely to be able to obtain an order for costs against the respondents if he was successful. Although he considered this to be a better argument, he did not consider the unfairness suggested by the asymmetry caused by an order to be significant.

It was noted that Mr Turner was impecunious, and in an individual claim he would be entitled to the benefit of s 570, but 'he is acting in part in a representative capacity and his impecuniosity does not provide a shield behind which the Funder can shelter'.

This decision will have widespread implications on applications for security for costs in funded litigation. However it remains to be seen whether future applications will seek to restrict the circumstances in which such orders will be made – particularly in cases where the cost-shifting rules apply in the usual manner.

The Courts are likely to want to define circumstances in which orders against funders are appropriate. We expect to see future applications for security seeking orders be made against a funder at first instance, or in the alternative against the party, until such ‘appropriate circumstances’ are better defined. 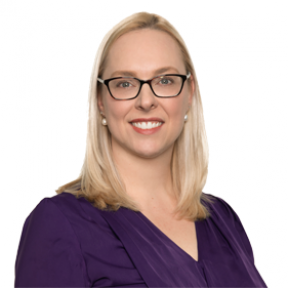 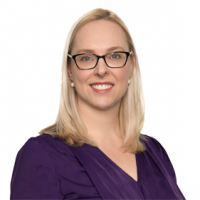