In New South Wales, s 5B of the Civil Liability Act 2002 (CLA) prescribes that a finding of negligence requires a plaintiff to establish that a risk was foreseeable, not insignificant and that a reasonable person would have taken precautions against that risk. The evidential burden is typically tackled by adducing direct evidence.

Where direct evidence is not available, the burden may be satisfied drawing inferences from other evidence available. However, that approach comes with significant risk as was recently examined by the District Court in Greentree v Blacktown City Council.1

Mrs Greentree (plaintiff), suffered injury, loss and damage as a result of a trip and fall while walking along a council footpath - constructed of concrete or pebblecrete slabs separated by pavers - in her local Government area of Blacktown. It was accepted that different pavers along the footpath had subsided over time, one paver had sunk to expose a raised edge of 23mm and that the plaintiff was aware of the defect.

There was no dispute that a duty of care was owed by Blacktown City Council to the plaintiff. The nature and scope of this duty required the Council to inspect the footpath and carry out any repairs reasonably required to reduce any risk of harm that was not insignificant. The primary issues for determination were the significance of the risk of harm which befell the plaintiff and whether, in the circumstances, a reasonable person in the position of the Council would have taken precautions to reduce this risk in accordance with s 5B(1)(b) and (c) of the CLA.

The plaintiff relied on expert liability evidence that at one particular section of the footpath, there was an exposed and raised edge of about 23mm.

However, the problem for the plaintiff was that she was unable to recall the exact point on the footpath where she fell. She gave evidence at trial that the height differential at the incident area was approximately 5mm to 10mm - which was a point along the footpath where the trip hazard was ‘close to being at its lowest and was minimal’.

The Court acknowledged (based on Luxton v Vines2) where direct evidence is not available, it is possible to draw inferences from other evidence but only where such inferences are ‘reasonable and definite’. However, the Court found that evidence available did not permit the inference that the plaintiff fell at the point measured and assessed by her expert, and in the course of submissions the plaintiff’s counsel accepted that the plaintiff ‘did not traverse the larger defect’ in the path.

The Court also rejected the submission on behalf of the plaintiff that the footpath ‘as a whole should be considered and applied in determining the risk of harm’. His Honour Wilson SC DCJ considered that the larger defect was irrelevant to his determination of breach of duty of care. Given the variation in the differential in height across the footpath it was necessary to ascertain, with precision, the point where the plaintiff tripped, especially as some areas of the footpath were completely flat.

Based on the plaintiff’s evidence, the Court found that the plaintiff fell where the path defect was between 5mm and 10mm. Affirming the finding of Adamson J in Botany Bay City Council v Latham3 that it was incumbent on a plaintiff to establish that a surface irregularity was ‘beyond that which might be expected on an unexceptional footpath in a suburban street’, his Honour found that the slight discrepancy in the footpath as identified by the plaintiff was insignificant.

Further, and although the Council had actual knowledge of the discrepancy and there were precautions that were available to the Council, his Honour determined that a reasonable person in the position of the Council would not have taken these precautions against the insignificant risk because there was a minimal probability that the harm suffered would occur.

The plaintiff’s claim failed and Mrs Greentree was ordered to pay the Council’s costs.

Implications of this decision

In the context of public liability claims, Greentree v Blacktown City Council4 highlights the importance of direct and precise evidence as to causation. Further, it is irrelevant to the assessment of breach of duty that a potentially ‘bigger’ defect, not causative of the plaintiff’s injury, was in the vicinity.

Consistent with earlier similar decisions, Greentree v Blacktown City Council confirms that surface irregularities in footpaths and pavements do not necessarily pose a significant risk of harm to pedestrians. The mere fact that a footpath or pavement is uneven is not sufficient (see Ghantous v Hawkesbury Shire Council5). Councils and insurers faced with such claims should, at the earliest possible opportunity, seek precise particulars of the site of the fall to ensure the best defence is available. 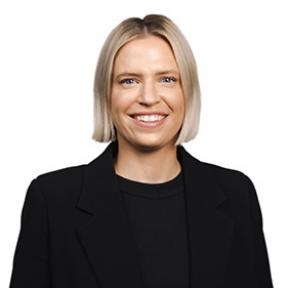 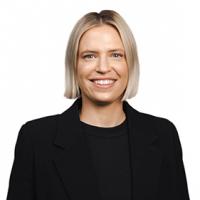