Apportionment of liability in claims involving solicitors and barristers

Where a professional negligence claim is made against a solicitor or barrister, it may be open for that party to attempt to attribute some or all of the alleged losses to a third party. If a solicitor and a barrister are both retained by a client, instances can arise where one of them may plead that the other caused the client’s alleged loss.

The extent to which a solicitor or barrister may be able to reduce their exposure by attributing liability to the other, will turn on the particular facts of each case. The case law, to which we refer below, does however illuminate important points of principle taken into account when considering how liability may be apportioned.

The statutory proportionate liability regimes have been enacted at a Commonwealth level, and in each state and territory. The proportionate liability regimes allow the court to apportion liability to each wrongdoer according to the extent of their respective responsibility, provided the plaintiff’s claims are apportionable. If the court finds there are multiple wrongdoers, it becomes the plaintiff’s responsibility to recover the total loss from each respective wrongdoer (as opposed to being a defendant’s responsibility to seek contribution from other wrongdoers).1

All state and territory-based schemes apart from South Australia define ‘apportionable claim’ as a claim for damages for economic loss or property damage arising from a breach or a failure to take reasonable care (or in Queensland, a breach of a duty of care) in contract or tort, or for damages under the misleading or deceptive conduct provisions of each state and territory’s consumer laws.

Claims against solicitors and barristers generally fall under one or more of the above headings, and therefore arguments of apportionment can arise.

A concurrent wrongdoer is generally defined as a person who is one of two or more persons whose acts or omissions caused, independently of each other or jointly,2 the loss or damage that is the subject of the claim.

There is a carveout in Queensland and the Australian Capital Territory legislation that provides that claims in which the plaintiff is a consumer are not apportionable. The consumer carveout does not apply in New South Wales and Victoria.

The definition of consumer in s 29 of the Civil Liability Act 2003 (Qld)5 is as follows:

In claims involving solicitors and barristers, it is not uncommon for a plaintiff that is an individual (as opposed to a corporation) to be a consumer within the second limb of the definition above. In those instances, while the claim may not be apportionable, rights of contribution between a defendant solicitor and barrister may arise under s 6(c) of the Law Reform Act 1995 (Qld) should either of the wrongdoers discharge the whole of the plaintiff’s liability.

If contribution proceedings are commenced, the amount recoverable against each wrongdoer will be what the court finds just and equitable having regard to the extent of each party’s responsibility for the damage (which is a similar test to that applied under the proportionate liability regime, discussed below).

Generally speaking, in claims involving both solicitors and barristers, the court will assess the degree of culpability of the solicitor and the barrister, by reference to:

It is often the case that a barrister’s retainer will be narrower than a solicitor’s, relating to providing advice on a specific issue or preparing and attending a hearing or dispute resolution process. A solicitor will typically be engaged more generally in a matter. A more limited retainer can work in the barrister’s favour when the court determines their respective culpability.

A court may also take into account the degree of reliance by the solicitor on the barrister. It is not open for a solicitor to passively pass on a barrister’s advice to the client without having considered it. For example, in Osei v PK Simpson & Co Pty Ltd and Carney10, which related to a barrister’s advice to settle a worker’s compensation claim, the barrister was found to have breached his duty of care to the plaintiff by providing wrong and incomplete advice. However, the solicitor was also found to have breached his duty to the plaintiff by failing to correct that advice. In relation to that part of the claim, the Court held that it would have been just to apportion liability between the solicitor and barrister equally. However, liability was ultimately apportioned 70% to the solicitor and 30% to the barrister on the basis of separate advice provided by the solicitor which was ultimately found to have been negligent.

While the following two cases do not involve apportionment of liability within the statutory scheme, they provide some useful guidance regarding how liability may be apportioned in different circumstances.

In NRMA Ltd v Morgan,12 the Court considered the culpability of solicitors and a barrister in relation to an alleged negligent failure to advise a client during a client conference and subsequently. The Court held that if the barrister did not provide fulsome advice in relation to a question asked by the client, the solicitors should have ensured the question was adequately addressed. The barrister sought to assert he had only periodical and specific involvement in comparison to the solicitors, pointing to matters such as the difference in their fees. The Court held that was 'not of much significance' and the solicitors’ and barrister’s culpability should be regarded as equal, for the ongoing failure to appropriately advise the client.

Liability to the plaintiff

In addition to having contributed to causing the alleged loss, a concurrent wrongdoer must also have a legal liability to the plaintiff for that loss. That was outlined by the New South Wales Court of Appeal in Trajkovski v Simpson13 as follows:

In claims involving a solicitor and barrister, this is particularly relevant in circumstances where a barrister may be more readily able to rely on advocate’s immunity in complete defence to a claim. A solicitor, on the other hand, may be exposed to claims that are not caught by the immunity.

The case of Day v Rogers14 illustrates that while a solicitor’s and barrister’s conduct may be found to be equally causative of a plaintiff’s loss, a barrister may ultimately avoid a finding that they were a concurrent wrongdoer, on the basis of advocate’s immunity.

The barrister successfully appealed the first instance decision on the basis that advocate’s immunity provided an entire defence to the claim. The Court held that while the barrister’s impugned conduct may have been causative of the plaintiff’s loss, it fell within the scope of the immunity.

This issue is important to solicitors, barristers and their insurers in the defence of claims. When a solicitor and barrister have been retained on behalf of a client, there may be a basis to argue that liability should be apportioned between the two. The strength of that defence will turn on the facts of each case, but will depend on the relative acts of the solicitor and barrister in causing the economic loss suffered by the plaintiff.

When acting in defence of claims against solicitors and barristers, careful regard should be had to ascertaining whether a third party may have caused or contributed to a plaintiff’s losses. If a claim is apportionable, that third party’s conduct should be raised with the plaintiff’s solicitors and pleaded in any defence. If the claim is not apportionable, to protect a client’s position, it may be necessary to commence third party proceedings against a third party wrongdoer. 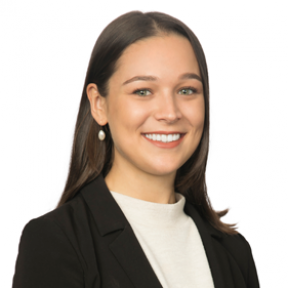 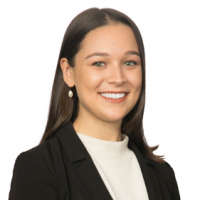