Offensive, insulting and inappropriate. But is it sexual harassment?

Two recent decisions of the Federal Court of Australia have highlighted the difficulty applicants face in discharging the onus of proof when allegations of sexual harassment are made.

The two cases sit at opposite ends of the spectrum in terms of the volume of evidence led, but ultimately reached the same conclusion that the evidence did not establish that sexual harassment had occurred.

In the matter of Weller v Anderson,1 the Applicant, Mr Weller, alleged that he had been sexually harassed by his employer, Mr Anderson. Both parties to the litigation were self-represented and filed numerous affidavits. However, neither party gave oral evidence and neither party was cross-examined.

After considering those portions of the affidavit evidence which were admissible, McKerracher J observed that, if Mr Weller’s version of events were to be accepted, it would be sexual harassment. While His Honour rejected Mr Anderson’s submission that inappropriate text messages sent to Mr Weller were ‘light-hearted banter’, the Court ultimately could not be satisfied that sexual harassment had occurred in circumstances where:

Noting the serious nature of the allegations against Mr Anderson, the Court could not lightly conclude that the offending conduct had in fact occurred in the absence of compelling evidence.

The second case, Ford v Inghams Enterprises Pty Ltd,2 involved a 13 day trial at which 27 witnesses gave evidence. The Federal Court ultimately dismissed the claim of an employee who alleged he had been subject to sexual harassment, finding that:

The Applicant, Mr Ford, was employed by Inghams Enterprises Pty Ltd (Inghams) for a period of approximately 18 months from February 2015 until September 2016.

In early August 2016, there was an incident at the workplace, which resulted in Inghams issuing Mr Ford with a final written warning due to a serious safety breach.

On 30 August 2016, Mr Ford posted a number of comments on the Facebook page of a colleague. The comments included material of a sexual nature directed at Mr Ford’s supervisor.

On 5 September 2016, Mr Ford made a written complaint regarding alleged sexual harassment and alleged victimisation. Inghams initially commenced an internal investigation into the allegations, but subsequently engaged independent investigators on 23 September 2016.

The independent investigators concluded that Mr Ford’s allegations were not substantiated and observed that the overwhelming evidence of management and employees of Inghams was at odds with Mr Ford’s version of events.

Mr Ford alleged in his claim to the Federal Court that various employees of Inghams sexually harassed him over an extended period. Specifically, Mr Ford alleged that he had been exposed to the following conduct:

Mr Ford alleged Inghams was vicariously liable for the conduct and sought an apology, compensation of approximately $1.5 million, and the imposition of pecuniary penalties for alleged victimisation.

The employees who were alleged to have engaged in the offending conduct and Inghams (collectively referred to as the Respondents) denied the alleged conduct had occurred and sought to dismiss the application.

Apart from evidentiary and credibility issues, the parties agreed that the relevant issues to be determined by the Court were:

Issue 1: Did a culture exist which condoned sexual harassment?

Mr Ford alleged a culture existed at Inghams that endorsed or encouraged the type of conduct alleged. Mr Ford described the behaviour as a joke or ‘horseplay’, and alleged that employees could expect this behaviour to occur without redress. Mr Ford called several witnesses who gave evidence of a system or culture of practices referred to as 'Gay Friday’ and submitted that such a culture demonstrated the propensity of employees to engage in the type of behaviour Mr Ford alleged had occurred.

The Respondents admitted that there was a time at Inghams when staff regularly, on a Friday, engaged in overtly sexualised behaviour. However, by the time Mr Ford commenced working at Inghams, this conduct had ceased.

Collier J accepted the evidence of the Respondents and rejected Mr Ford’s submission that the if type of conduct alleged by Mr Ford had existed at one point at Inghams, it would have continued to exist at the time Mr Ford worked there. Her Honour commented that such a submission did not take account of changes at the workplace and turnover of staff.

Her Honour emphasised that the culture at Inghams significantly shifted after an incident in August 2014 where one employee poked another in the buttocks with a steel rod. Her Honour considered it likely that other workers would have been aware of the incident, and the final written warning issued as a result of the incident and would have been deterred from similar conduct in the future.

Ultimately, Collier J was satisfied that had there been the type of culture at Inghams described by Mr Ford, that culture had ceased by the time Mr Ford commenced employment.

Issue 2 and 3: Did the conduct occur and was it sexual harassment?

Collier J preferred the evidence of the Respondents to that of Mr Ford and concluded that Mr Ford was unable to substantiate much of the alleged conduct. In assessing the evidence and forming this view, Her Honour took account of the gravity of the matters alleged.

In addition, Her Honour was not satisfied that certain elements of the alleged conduct – even if substantiated – would amount to sexual harassment.

Slapping or patting on the buttocks

Her Honour rejected Mr Ford’s claims of widespread conduct involving buttock patting, slapping and suggestive rubbing. While Her Honour accepted that buttock patting or slapping occurred at Inghams, she found this conduct occurred between a small number of employees who were friends and who did so for reasons including as a greeting, as a joke, as a sign of congratulation for work well done or in order to gain each other’s attention.

Her Honour concluded this conduct was not of a sexual nature and did not take place in circumstances where a reasonable person, having regard to all the circumstances, would have anticipated the possibility that Mr Ford would be offended, humiliated or intimidated. Her Honour was not convinced that the conduct was intended to invite or otherwise explore the prospect of Mr Ford participating or engaging in some form of sexual behaviour.

While Her Honour accepted that there were occasions when Mr Ford was subject to patting or slapping on the buttocks, she rejected the allegation that the conduct constituted sexual harassment.

In relation to Mr Ford’s allegation that he was the subject of simulated sex acts known as ‘dry humping’ on a weekly basis, Collier J found that the evidence of Mr Ford was not credible.

While Her Honour accepted that conduct in the nature of ‘dry humping’ may have occurred during the time Mr Ford worked at Inghams, she found any such conduct would have been confined to a small group of workers who were friends, and who were clearly comfortable engaging in such conduct towards each other as a joke.

Language of a sexual nature

Although Collier J found that remarks of a sexual nature had been directed at Mr Ford, Her Honour was not satisfied that the conduct constituted sexual harassment. In this regard, although the language used referred to body parts and copulation, it was not intended as a sexual reference but was rather directed as an insult due to a perception that Mr Ford was a sycophant to management and received more favourable work duties as a result.

Furthermore, considering Mr Ford’s own Facebook posts directed at his colleagues, which similarly used inappropriate language of a sexual nature, Collier J was not satisfied that this alleged conduct was ‘clearly unwelcome’ to Mr Ford.

Both cases demonstrate that Courts do not take allegations of sexual harassment lightly and will not readily conclude that sexual harassment has occurred based on inexact and uncorroborated evidence, or inferences based on similar or past conduct. 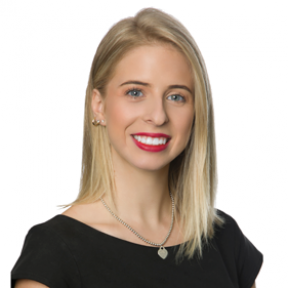 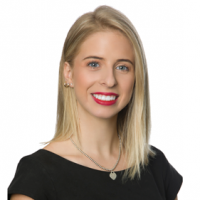