For the first time since the introduction of the Code for the Tendering and Performance of Building Work 2016 (Cth) (Building Code), an entity covered by the Building Code has had a one-month exclusion sanction imposed on it for breaching work health and safety (WHS) laws.

In August 2017, MCP (AUS) Pty Ltd (MCP) was working on a project which was jointly funded by the Queensland and Commonwealth governments.

In the course of the project, MCP operated a mobile concrete pump truck with a 60-metre boom. However, MCP failed to follow its Safe Work Method Statement1 and incorrectly set up the equipment, causing it to become overbalanced and tip over (Incident). No one was injured as a result of the Incident.

On 20 July 2020, MCP pleaded guilty to a category two charge for failing to comply with its health and safety duty under s 19(1) of the Work Health and Safety Act 2011 (Qld) (WHS Act) and was ordered to pay a fine of $50,000 plus costs in the Toowoomba Magistrates Court.

After carrying out investigations into the Incident, the Australian Building and Construction Commission (ABCC) was satisfied that MCP’s breach of the WHS Act constituted a breach of s 9(3) of the Building Code and therefore referred the matter to the Attorney-General and Industrial Relations Minister, the Hon Michaelia Cash (Minister).

Notably, the Minister must impose an exclusion sanction unless satisfied that it would be unreasonable to do so in the circumstances. While factors such as the absence of personal injury, MCP’s full cooperation in the investigation, and MCP’s proactive remediation steps were considered as mitigating factors, the Minister was not satisfied that it was inappropriate to impose an exclusion sanction. On that basis, the Minister imposed a one-month exclusion, preventing MCP from submitting expressions of interest, tendering for, or being awarded, Commonwealth-funded building work under the Building Code between 24 May 2021 and 23 June 2021.

Notably however, this exclusion sanction does not prevent MCP from performing Commonwealth-funded building work that was awarded prior to the commencement of the sanction.

When imposing the sanction, the Minister noted:

'The Australian Government takes any work health and safety contraventions very seriously given the potential for tragic outcomes, including serious injury and death. While the fact that there were no injuries as a result of this particular incident weighs against imposing a lengthy exclusion sanction, I am not satisfied that this, MCP’s cooperation with the ABC Commissioner or the steps taken to improve safety following the incident, render it inappropriate to impose any exclusion sanction at all’.

What this means for the construction industry

While this is the first instance of an exclusion sanction being imposed since the introduction of the Building Code, it is likely there will be more to come.

In circumstances where sanctions can be imposed for up to 12 months for a broad range of contraventions,2 the financial consequences of non-compliance with the Code are potentially devastating. Entities covered by the Code should regularly familiarise themselves with the requirements of the Code and ensure ongoing compliance in order to minimise the risk of a sanction being imposed. 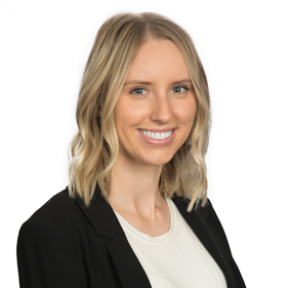 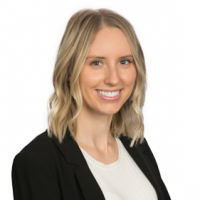