In what circumstances will settlement agreements be set aside in historical sexual abuse cases?

The recent decision of TRG v Board of Trustees of the Brisbane Grammar School 1  is the first case to consider the newly-amended s 48(5A) of the Limitations of Actions Act 1974 (Qld) (LAA) that confers the courts with the discretion to set aside previously reached settlement agreements for historical child sexual abuse claims.

Under the previous s 11 of the LAA, the limitation period for personal injuries would bar action by prospective applicants at the expiration of three years after the relevant sexual abuse occurred. However, in 2016 s 11A was introduced, which alleviates any and all limitation periods for child sexual abuse claims. Section 48 operates as a transitional provision for previously determined matters, and provides under s 48(5A) that the court has discretion to set aside settlement agreements where it is 'just and reasonable to do so'. The onus is upon the applicant to demonstrate it is 'just and reasonable' to disturb the status quo and set aside the judgment or settlement.

The legislative intent of s 48(5A) was to grant the court the power to redress previously determined matters and settlements where there was evidence of:

This balance, appropriately struck, is the essence of 'just and reasonable'.

The applicant was a former student at Brisbane Grammar School having attended there between 1986 and 1989.

Kevin Lynch was employed at the school as a full-time school counsellor. It was uncontentious that during Lynch’s time as the school’s counsellor, he sexually assaulted the applicant on numerous occasions in 1986 and 1987 (when the applicant was aged 13 and 14 years old).

In 1997 Lynch was charged with seven counts of indecently dealing with children whilst working at another Brisbane private school. Once charged, Lynch committed suicide. During mid-2000, Shine Lawyers notified the school that they were representing 'various claimants' who alleged they had experienced sexual abuse by Lynch at the school, which eventuated to about 50 former students by early 2001, including the applicant.

The school engaged Corrs Chambers Westgarth and the two firms engaged in negotiations.

In October 2001, proceedings were commenced against the school’s Board by two of the former students (represented by Shine). These two cases were seen as 'testing the water' as to the prospects of overcoming the liability obstacles faced by all claimants. The school’s Board filed its defence, arguing a lack of knowledge of Lynch’s assaults (if they did occur), and that the claims were statute-barred under the LAA. The question of the extension of the limitation period was raised but never heard, and it was instead agreed that the parties undergo formal mediation.

The mediations were an extensive process, and very few settlements were reached during the sessions. Shine negotiated with Corrs after the mediations and eventually settled the applicant’s claim for $47,000, on the advice of counsel who recommended a discount of 50% on the total assessed damages to represent the risks of litigation and limitation period issues.

Davis J ultimately determined that the factual circumstances of the case did not make it 'just and reasonable' to set aside the 2002 settlement agreement.

There were several key matters that Davis J considered relevant to exercise the Court’s discretion conferred under s 48(5A):

Prospects of success in any claim

In 2001, a school’s vicarious liability for the acts of its employees was governed by the test set out in New South Wales v Lepore,2 a higher hurdle to overcome than the more recent test established by Prince Alfred College Incorporated v ADC.3 In 2001, the applicant would have to have shown that the school’s Board had knowledge of the allegations made against Lynch before the applicant was abused – a difficult task.

In fresh proceedings, the applicant would have to show that the school’s Board had assigned Lynch the role of counsellor and this role necessarily brought him into close, unsupervised, contact with students. A court could easily conclude that the school had placed Lynch in a position, as school counsellor, to provide him with both the occasion and opportunity to commit the alleged acts. Where Lynch took advantage of his position with the applicant at the time, to commit the given acts, such acts could be regarded as committed in the course of employment.

If the agreement was to be set aside, any proceedings commenced would likely have strong prospects of establishing vicarious liability on the part of the school. If the evidence was accepted that the applicant was sexually assaulted by Lynch, there would be little issue in proving the school’s vicarious liability.

Effect of limitation period on 2002 settlement

Davis J found that the school’s Board had sought to rely on the limitation defence in the 2001 proceedings. Shine’s counsel were aware of the limitation period and the possibility that a court would not grant an extension of time for the claimants, with counsel noting the potential prejudice to the school as a result of the death of Lynch, missing documentation, diminishing recollections of key witnesses, and the difficulty in disentangling the pre-abuse and post-abuse symptoms from the conduct of Lynch.

Shine’s counsel opined that the applicant had fairly reasonable prospects of receiving an extension of time, noting that a 'material fact of a decisive nature' had become discoverable in 2001, as there was evidence that a parent at the school had complained of inappropriate conduct by Lynch to the headmaster in 1981.

However Davis J was not satisfied that the settlement figure was settled upon as the result of any downward pressure from the threat of a limitation defence. Rather, the settlement figure was well within the range as proposed by Shine’s counsel once a reduction was made to reflect the real risk to the applicant’s case of the potential failure of a court to accept that the school had been placed on notice of the risk in 1981. The real risk to the applicant’s case was not the limitation issue, but in establishing liability.

Reasonableness of the mediation process

The applicant argued that he was not satisfied with the mediation process, stating he felt rushed and overwhelmed with recounting the abuse. However, there could be no reasonable criticism made of the school’s Board in defending its legitimate interest at the mediation – they engaged an experienced mediator, paid for the mediation, both parties were represented by able counsel, the sessions were organised and dedicated to each claimant, and the school’s Board had expressed their remorse for and acceptance of, the allegations in individual apology sessions.

Reasonableness of the settlement figure

Davis J did not propose to make findings on the correctness of the settlement quantum, but rather directed focus to the reasonableness of the figure agreed upon by the parties.

There was no evidence to suggest that the $47,000 settlement figure was not a fair representation of the applicant’s case, as the result of an arm’s length bargain facilitated through a fair mediation process. The sum reflected the applicant’s modest claim (as advised by Shine’s own counsel) and difficulties faced in proving liability.

Impact of delay and loss of insurance

Davis J acknowledged the well-established difficulties that prolonged time has on the court’s ability to deliver justice. More than 16 years had passed since settlement, and 30 years had passed since the sexual assaults occurred. At settlement, Lynch had died, various school records were destroyed, and the Headmaster’s secretary had died. Since settlement, the Headmaster had died, and Shine’s files had been destroyed. Davis J held that legitimate lines of inquiry by the school’s Board on the disputed issues would have been difficult by 2001, but impossible now, prejudicing the school’s Board in the face of further proceedings.

Changes in the law

Davis J noted that the law surrounding the vicarious liability of institutions for criminal activity of employees has, since 2002, developed unfavourably for the school. Davis J was less concerned in these changes being unfavourable to the school’s prospective litigation, and more concerned in how these changes reflected the reasonableness of the settlement at the time it was reached.

Davis J noted that: 'It is not the policy of s 48(5A) of the Limitation Act that settlements should be set aside to facilitate new claims based on more favourable views as to the vicarious liability of employers for the criminal actions of their employees.'

If the settlement was set aside, the applicant had good prospects of mounting a new claim and recovering significantly more than the settlement amount, under the new vicarious liability test as introduced by Prince Alfred. Davis J noted that while prejudice to the school’s board would be present in the general decay of memories of potential witnesses, this was the type of prejudice to which the policy behind s 11A would regard as irrelevant.

Despite the settlement being at the lower range of an appropriate amount as opined by counsel in 2001, the court found that the figure was not materially affected by the limitation period, nor was it a material factor in the applicant’s decision to settle. The figure of $47,000 was determined to be fair and reflective of the relative strengths and weaknesses of the parties’ respective cases at the time it was reached, and was discounted for the litigation risk. The settlement process was underpinned by fair negotiation by both parties, who were both well represented, yielding a fair settlement figure. The school’s Board went to great lengths to arrange and commit to the mediation process, and did not act in an intimidating, bullying or high-handed manner.

Implications for schools and their insurers

While this decision may comfort schools and insurers with the knowledge that the courts will likely not set aside reasonable settlement agreements reached through fair negotiations between the parties, it is important to emphasise that each case will turn upon its own facts. If a settlement agreement was reached under duress of a looming limitation period, and a material discount was applied as a result, the court may be more inclined to set aside the agreement.

This decision makes it clear that there are numerous factors that the court will consider before granting an application made under s 48(5A), including whether each party has adequate legal representation, the prospects of success in fresh proceedings, the reasonableness of the settlement and the process used to reach settlement, the conduct of the institution and their legal representatives during the settlement process, and any potential prejudice to the institution if fresh proceedings were to be commenced. 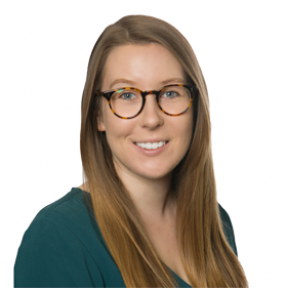 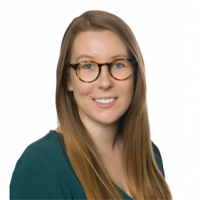