The High Court has recently refused to grant special leave to appeal from the decision of TRG v The Board of Trustees of the Brisbane Grammar School,1 effectively finalising any avenue remaining for TRG to continue his pursuit for damages for personal injuries he claims to have sustained as a result of sexual abuse occurring during TRG’s time as a student at Brisbane Grammar School between 1986 and 1987.

Carter Newell’s newsletter 'In what circumstances will settlement agreements be set aside in historical sexual abuse cases?’ reviewed the original decision,2 the first case to examine the newly-amended s 48(5A) of the Limitations of Actions Act 1974 (Qld) (LAA) providing the courts with discretion to set aside previously reached settlement agreements for historical child sexual abuse claims.

Briefly, TRG attended Brisbane Grammar School (BGS) as a student. It was uncontentious that during this time, Kevin Lynch, school counsellor, sexually assaulted the 13-year-old TRG on numerous occasions in 1986 and 1987.

TRG, along with a large group of other plaintiffs, settled his original claim against BGS in 2002 for $47,000, on the advice of TRG’s counsel who recommended a discount of 50% on the total assessed damages to represent the risks of litigation and limitation period issues. In 2019, TRG sought to take advantage of the new s 48(5A), seeking an order to set aside the 2002 settlement agreement to commence fresh proceedings against BGS.

Ultimately, Davis J determined that the factual circumstances of the case did not make it 'just and reasonable' to set aside the 2002 settlement agreement. When exercising the discretion conferred by s 48(5A), Davis J made it clear that the onus is on the applicant to establish that it is 'just and reasonable' to set aside an earlier settlement. He considered a wide range of factors in coming to his conclusion, including:

TRG appealed this decision on the basis the primary judge had erred in determining it was not 'just and reasonable' to set aside the settlement agreement, arguing Davis J had misunderstood the legislative purpose underpinning s 48(5A), and had mistakenly found, on a factual basis, the limitation period issue had not materially affected the quantum of the settlement reached and the decision of TRG to settle his claim.

The appeal was heard before Fraser and Morrison JJ and Mullins JJA of the Queensland Court of Appeal on 19 November 2019.

Ground (a) – the impact of the limitation period on the settlement

TRG argued the primary judge’s finding that the limitation period had not materially affected the quantum and decision to settle was inconsistent with the evidence that (amongst others):

Ultimately, the Court accepted BGS’ argument the limitation issue had become insignificant by the time settlement was agreed, and there was no direct evidence that a settlement more favourable to TRG would have been negotiated if the limitation defence were not in issue.

On the basis of the available evidence, the Court found that, after the opening session of the mediation (at which TRG was not present), the respondent did not press any point about the limitation issue. TRG’s own affidavit conceded he had a 'very patchy' recollection of what was said before and after the mediation, and he indicated he believed the mediation was solely for arriving at a settlement figure. TRG could not give evidence about how the settlement figure was arrived at, any negotiations that occurred, or what his claim may have been worth if it were assessed by a court.

The Court also noted that, aside from the limitation issue, liability remained a contentious issue for TRG’s claim. As concluded by the primary judge, TRG would have faced significant difficulty in sheeting home responsibility for Lynch’s conduct to BGS, given the law surrounding vicarious liability in the early 2000’s. Davis J concluded the limitation issue was 'inextricably bound up with the issue of proving the respondent’s liability for Lynch’s actions’. Indeed, counsel’s advice to TRG’s initial solicitors noted that when considering TRG’s prospects, 'particularly having regard to the liability issues, in qualitative terms we consider that the prospects could be broadly described as fair to reasonable’. The Court of Appeal supported the primary judge’s finding TRG’s 'real problem' was proving BGS was legally liable for the sexual assaults, rather than obtaining any necessary extension of the limitation period.

The Court also upheld the primary judge’s findings the settlement amount was a reasonable measure of TRG’s damages. The Court accepted the settlement amount had been discounted to take into account the hurdles facing TRG in establishing BGS’ vicarious liability for the acts of Lynch rather than due to the limitation issue he was facing.

Ground (b) contended the primary judge had erred in finding the legislative purpose underpinning s 48(5A) was 'striking a balance between the appellant’s interest in commencing a new claim where the result may be more favourable to him and the respondent’s interest in avoiding the uncertainty and costs of future litigation' and failing to find the dominant purpose of the section was to recognise the 'inherent unfairness of limitation periods in actions involving the sexual abuse of children and to provide the means to re-open cases where settlement of such cases was influenced or affected by such unfairness'.

The appellate court was not persuaded by this argument, finding if this argument were accepted, then in every application under s 48(5A), the influence of the expiry of the applicable limitation period on the settlement would be the most important factor, with all other relevant factors falling subordinate to it. The Court’s review of the text of the section, and of the extrinsic materials behind the introduction of this section, did not justify TRG’s argument that, regardless of the kind or degree of influence of the expiry of the limitation period on the settlement, the fact there was such an influence necessarily must be given greater weight than any other factor favouring the refusal of the order.

Ultimately, the Court could not find any error in the primary judge finding that the expiration of the limitation period had not materially affected TRG’s decision to settle, or the amount of that settlement. The appeal was dismissed with costs on 7 September 2020.

TRG’s application to the High Court was heard by Justices Gageler, Edelman, and Steward on 20 May 2021. The arguments presented to the High Court were, in essence, the same as those put before the Court of Appeal, namely, Davis J erred in finding the limitation period had not materially impacted the decision to settle or the settlement amount and had erred in his interpretation of the legislative purpose that led to the insertion of s 48(5A) into the LAA.

Counsel for TRG argued the 'powerful policy imperative' underpinning s 48(5A) ought to take precedence over any 'private interests' of the parties, resulting in a presumption in favour of the setting aside of the settlement where the settlement can be said to have been affected by an 'unfair limitation period'.

Ultimately, the High Court remained unpersuaded there was any arguable error of principle in the reasoning of the Court of Appeal and the question of whether the settlement had been affected by the limitation period was a finding of fact, the result of which had not differed between the Supreme Court and Court of Appeal. The application for special leave to appeal was refused.

Of further interest, Gageler J stated the case concerned a 'peculiarly Queensland solution to a general problem', as the counterparts of Queensland’s s 48(5A) in the other States were sufficiently different to allow the conclusion that the interpretation by the Queensland Supreme Court and Court of Appeal would not be applicable generally.

The case of TRG v Brisbane Grammar School provides the first guidance as to how the courts will interpret applications to set aside previously settled historic sexual abuse claims in Queensland.

The main thread throughout each of these decisions considering the application of s 48(5A) is that the breadth of the term 'just and reasonable' necessarily requires the consideration of several factors when determining which of the competing interests of the applicant and respondent ought to prevail. This reinforces the conclusion that these decisions are largely fact-based and the outcome in each matter will turn upon the specific circumstances of each case.

Whilst it is wise to remember the 'mischief' sought to be remedied by s 48(5A), being an 'unfair' settlement entered into as a result of a looming, or already-expired, limitation period, insurers may be comforted by Davis J’s rejection of TRG’s assertion that 'settlements entered into in actions commenced after the expiry of a limitation period are prima facie subject to being set aside'. The High Court has made it clear that the discretion to set aside the settlement will still only be exercised in circumstances where it is 'just and reasonable' to do so. 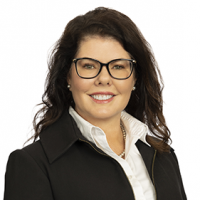 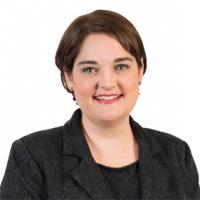