A win (of sorts) for insurers

In the recent decision of Newcastle Resources Pty Ltd v Certain Underwriters at Lloyd’s,1 the New South Wales Supreme Court held that insurers were not obliged to pay defence costs to an insured in respect of proceedings not covered by the insured’s liability insurance.

The insured supplied a product to a municipal Council known as ‘Mix 3’ that was used as part of the base in roadworks.

The Council alleged that the product supplied by the insured was unsuitable because it contained untreated steel furnace slag which could lead to the product expanding excessively, thereby causing damage to property adjacent to roads constructed by the Council, as well to Council owned roads and related infrastructure.

The Council issued proceedings against the insured seeking:

The proceedings were originally commenced in the District Court and were subsequently transferred to the Supreme Court.

The insurers (Underwriters) issued liability insurance policies to the insured between 30 June 2011 and 30 June 2015 under materially identical policies, which each provided a $10 million limit of indemnity for any one claim and in the aggregate (Policies).

Initially, Underwriters defended the underlying proceedings on the insured’s behalf (and incurred $1 million in defence costs in doing so), pursuant to clause 18 of the Policies, which entitled Underwriters to take over the conduct of the defence of any claim in the name of the insured.  However, the Policies did not impose on Underwriters a duty to defend proceedings.

After 30 November 2021 Underwriters ceased conducting the defence of the underlying proceedings, prompting the insured to seek a declaration from the Court that Underwriters were required to pay defence costs.

Issue 1: Did the Policies respond to the Council’s claims?

His Honour referred to the well-established principles of interpretation applied to commercial contracts, emphasising the importance of context while underscoring the primary importance of the words actually used.3

The parties accepted that the only defence costs payable under the Policies were those referrable to claims against the insured that were within scope of the Policies’ cover.4

It was accepted that the claims for Council Repair Costs were ‘in respect of’ property damage, and therefore within scope of the relevant insuring clause of the Policies.

However, it was disputed whether the claims for Council Liabilities and Future Road Replacements were claims ‘in respect of’ property damage, for the purpose of section 1 of the Policies, which provided cover for personal injury and property damage.5

His Honour drew a distinction between ‘damaged’ and ‘defective’ property.  To the extent the Council’s claims for rectification and reconstruction costs related to defective roads (given Mix 3’s propensity to expand) which had not however been physically altered or changed, 8 they were found not to be in respect of property damage.

Stevenson J acknowledged that the claims could be characterised as ones for financial loss, in respect of which cover was available under section 2 of the Policies.9 However, the claims against the insured were first made after the expiration of cover and accordingly, the insured advanced no claim for indemnity under section 2.

His Honour agreed, and rejected the insured’s submissions that because the exclusion clause did not refer to defence costs specifically, it could not exclude the insured’s claims for such costs.11

Further, Stevenson J observed that the exclusion clause related to liability incurred by the insured with respect to the costs of removing defective products (including Mix 3), and although the Council’s rectification works may not only involve removing Mix 3 from the road base, the whole road base required removal, such that a ‘significant part’ of the Council’s Future Road Replacements claim was excluded by clause 13.3.12

Issue 3: Were defence costs available for claims outside of cover?

His Honour concluded that the insured was not entitled to defence costs outside the scope of cover.

‘Contemporaneous indemnity’ of defence costs vs ‘after the event’ indemnity

Clause 3.1 of the Policies relevantly provided that Underwriters ‘will pay’ defence costs which are ‘incurred’ by the insured in defending a claim, whereas clause 3.2 capped the maximum liability of Underwriters to pay defence costs to an amount calculated by reference to the limit of indemnity ($10 million) and the amount paid to dispose of the claim.  Stevenson J remarked that this might only end up being a small proportion of the total costs the insured incurs in defending the claims by the Council.

Underwriters contended that where, as here, the claims are of such magnitude that clause 3.2 is likely to be engaged, the cost of defending the claims was required to be borne by the insured in the first instance until the outcome of the claims was known, at which time the value of the indemnity with respect to defence costs could be assessed.  His Honour disagreed with this construction of the policy, remarking that it ‘severely diminished’ the value of clause 3.1 of the policy.15

Stevenson J drew on relevant authorities to conclude that Underwriters were obliged to pay defence costs as they arose, subject to having a right of recoupment pursuant to the law of restitution or as an implied term of the policy.16

The relevant Policies provided continuous cover for four years between 30 June 2011 – 30 June 2015. Some of the alleged roadwork was completed prior to the first Policy incepted, but it was also alleged that damage was observed and / or mitigated during the policy periods.17

His Honour held that the insured’s inability to identify which of the Policies responded to the Council’s claims was not of itself a reason to deny the insured’s entitlement to defence costs.18

‘But we have already paid $1 million’

Stevenson J swiftly rejected Underwriters’ argument that the insured had not demonstrated that Underwriters were not already in credit on account of $1 million already paid in defence costs.

His Honour concluded that it was premature to assess the insured’s ultimate entitlement to defence costs, given the claims by the Council against the insured were still in play.19

This decision provides some limited comfort to insurers insofar as it confirms they are not liable to indemnify an insured for defence costs that do not relate to claims that are not covered by the policy.

However, in the absence of the policy containing an enforceable allocation clause, insurers may have a liability to pay all defence costs in the first instance and seek recoupment of uninsured defence costs thereafter. We anticipate that the insured in this case availed itself of the invitation of Stevenson J to seek further declaratory relief in relation to the payment of defence costs by Underwriters.

5 Apparently on an occurrence basis.

13 His Honour rejected the insured’s submissions that if a ‘material part’ or ‘not a de minimis proportion’ of the Council’s claims were within cover, then irrespective of the fact the policies ‘may’ not respond, Underwriters remained obliged to pay all the insured’s costs in defending those claims: Ibid [85]. 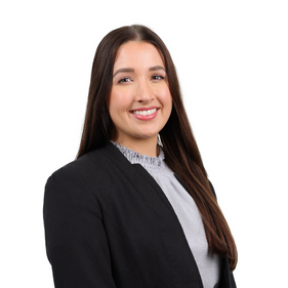 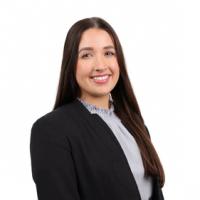