On 15 March 2022 the full bench of the Federal Court1 overturned the ground-breaking decision of Bromberg J in Sharma by her litigation representative Sister Marie Brigid Arthur v Minister for the Environment2  and found that the Federal Minister for the Environment (Minister) owed a duty to take reasonable care to avoid causing personal injury to the children of Australia when deciding whether to approve an application by Whitehaven Coal Limited for the expansion of the Whitehaven Vickery Coal Project in accordance with s 68 of the Environmental Protection and Biodiversity Conservation Act 1999 (Cth) (EPBC Act).

Both the first instance judgment and the appeal judgment will likely have consequences for the insurers of negligence and liability claims, in environment and climate law and to intergenerational equity obligations.

The children have 28 days from the date of the full bench’s decision to apply for special leave to the High Court.3

The class action was commenced on behalf of eight children (all of whom reside in Northern New South Wales) with the assistance of litigation representative, Sister Marie Brigid Arthur4 against the Minister. The children claimed that the Minister owed a duty of care to children who ordinarily reside in Australia and children residing anywhere in the world (although the claim at the hearing was confined to children in Australia) against the effects of climate change and that the proposal to expand the Vickery Coal Project would breach that duty of care.

The issue for determination was does the Minister owe a novel duty of care to Australian children to exercise her power under the EPBC Act with reasonable care so as not to cause them harm?

In a nutshell the children argued that Australian children are vulnerable to a real risk of harm if the additional carbon from the expansion of Whitehaven Vickery Coal Project is released into the environment and, since the Minister has the power to control the risk, the Minister owes a duty to exercise reasonable care.

The Minister did not dispute that climate change creates serious risks for the environment, the community and the world. The Minister denied the existence of a duty of care.

Following a detailed consideration of the children’s expert evidence on climate change (which was unchallenged by the Minister), Bromberg J accepted that there exists a plausible possibility of a four degrees centigrade increase in the surface temperature of the Earth by 2100 unless steps are taken to stabilise temperature increases to two degrees centigrade above pre-industrial levels.

‘[The children] have established that the Minister has a duty to take reasonable care to avoid causing personal injury to the children when deciding, under s 130 and 133 of the EPBC Act, to approve or not approve the Extension Project.’

The children’s application for an injunction to preclude the Minister from an apprehended failure to discharge the duty of care failed on the basis that there was no justification for pre-empting the Minister’s decision.  Further, approval of the expansion of the Whitehaven Vickery Coal Project would not necessarily constitute a breach of the novel duty of care.

Decision of the Full Federal Court

The full bench of the Federal Court unanimously overturned the first instance finding of Bromberg J that the Minister owed the children a duty of care. Each judge provided different reasons as to why the novel duty of care should not be imposed.

Allsop CJ determined that the Court could not find a common law obligation since:

Beach J found that should not be imposed as:

Wheelahan J made a finding that the duty did not exist on the basis that the EPBC Act does not create or facilitate a relationship between the Minister and the children in the class and to establish a duty would ‘radically alter the scope and subject matter’ of the Minister’s decision-making functions. Further, Wheelahan J was not persuaded that the risk of personal injury arising from the Minister’s approval of the project was sufficient to establish ‘reasonable foreseeability’.

It is reported8 that the Minister, Ms Ley, welcomed the finding by the full bench of the Federal Court that a duty of care did not exist and commented that ‘common sense has prevailed’. It seems to us that the full bench’s finding that there is no duty of care is the better approach.

However, the first instance decision of Bromberg J that the Minister owed the children a duty of care is still regarded as a landmark decision. No such duty of care had previously existed anywhere in the world. It was perceived by some as a positive step towards reducing the adverse effects of climate change on Australian children. Further, although the full bench determined that a duty of care did not exist Bromberg J’s findings on climate change remain undisturbed. It is possible that environmental claimants will consider this a success. Some commentators are of the view that the findings of the full court do not close the door to future climate litigation based on a ‘material’ as opposed to a ‘tiny’ risk of harm to individuals or property.

It remains to be seen whether the children will seek special leave to appeal to the High Court and whether the common law duties owed by the Minister (and other decision makers) will be deemed to extend to cover the potential risks posed by climate change.

The issues raised in these decisions are adding a new layer complexity to the process of seeking environmental approvals for carbon intensive projects. In many cases, decision makers may be required to give greater consideration to the implications of climate change, including the impact on children. Proponents need to be prepared for this eventuality.

As Australia becomes increasingly subjected to extreme weather and natural disasters, such as bushfires and flooding, the law in this area is likely to continue to be tested and to develop. The potential implications of establishing a duty of care, or for otherwise recognising the risks of climate change, becomes more significant than ever. Climate change is already giving rise to extensive public liability claims and it is difficult to assess the risk of such claims arising.

The world is no longer dealing with hypotheticals, and the multifaceted risks associated with climate litigation have become a legal reality. Entities and their insurers therefore need to be considering their risks and the steps they can take to mitigate those risks. 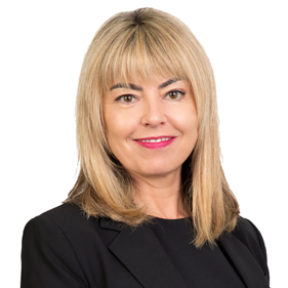 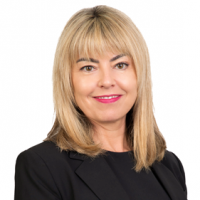