Fair Work Commission decides Deliveroo driver is not an employee

The Full Bench of the Fair Work Commission applied recent High Court authorities when determining that a Deliveroo driver was not an employee.

The law regarding the characterisation of relationships between employers and workers has seen significant development this year, with the High Court handing down its decisions in CFMMEU v Personnel Contracting Pty Ltd1 (Personnel Contracting) and ZG Operations Australia Pty Ltd v Jamsek2 (Jamsek) on 9 February 2022.

The High Court found in Personnel Contracting and Jamsek that, where the working relationship is governed by a comprehensive written contract, the written terms are paramount in determining the nature of the relationship between the parties. Absent an allegation that the contract is a sham, or that the terms of the contract have been varied by the conduct of the parties, businesses can now have greater certainty that the terms of their written contracts will be upheld by the courts.

In Deliveroo Australia Pty Ltd v Franco,3 the Full Bench of the Fair Work Commission applied the principles in Personnel Contracting and Jamsek in the context of an unfair dismissal application made by Diego Franco, a worker in the gig economy.

Mr Franco commenced working for Deliveroo’s meal delivery business on 22 April 2017 as a delivery driver pursuant to a ‘supplier agreement’ (Agreement), using motorbikes which he had purchased himself. For the majority of Mr Franco’s engagement, Deliveroo used a self-service rider engagement system which required Mr Franco to book the sessions he would work in advance and provided preferential access to particular sessions based on his performance, as well as incentivising him not to cancel engagements.

Mr Franco subsequently made an unfair dismissal application against Deliveroo pursuant to section 394 of the Fair Work Act 2009 (FW Act).

The principal issue in this case was whether Mr Franco was an employee of Deliveroo, and therefore entitled to protection against unfair dismissal under the FW Act.

Deliveroo alleged that, at the time of the termination of Mr Franco’s engagement, he was an independent contractor providing services to Deliveroo.

On 18 May 2021, prior to Personnel Contracting and Jamsek being handed down, the Fair Work Commission determined that Mr Franco had been unfairly dismissed and ordered Deliveroo to reinstate Mr Franco and restore his lost pay. In making that determination, the Commission found that Mr Franco was an employee of Deliveroo based on a consideration of the totality of the working relationship between Mr Franco and Deliveroo (in accordance with the reasoning in Stevens v Brodribb Sawmilling Co Pty Ltd4 and Hollis v Vabu Pty Ltd5). The Commission considered the level of control that Deliveroo possessed, and which it could choose to implement or withdraw, over Mr Franco’s performance of work (via its self-service driver engagement system) strongly supported the existence of an employment relationship rather than an independent contracting relationship. In addition, the Commission found that the fact that Mr Franco could and did work for competitors of Deliveroo was not inconsistent with an employment relationship bearing in mind the context of a modern, changing workplace impacted by our new digital world.

Deliveroo appealed the decision on the basis that, among other things, the Commission erred in concluding that Mr Franco was an employee.

In upholding the appeal and dismissing the unfair dismissal application, the Full Bench found that Mr Franco was not an employee of Deliveroo for four reasons:

The decision demonstrates the importance of having comprehensive written contracts with all workers and carefully drafting the written terms of those contracts to reflect the intended relationship between the parties. The Full Bench recognised the fundamental shift brought about by the High Court decisions in Personnel Contracting and Jamsek, observing that they would have decided the matter differently had they applied the now-outdated multifactorial test which gave significant weight to the conduct of the parties rather than to the terms of the contract.

b)  A failure to comply with the terms of the contract may result in a finding that the contract has been varied so as to render the worker an employee rather than an independent contractor;

c)  The Courts will look to the reality of the relationship between the parties if there is a finding that the contract was a sham; and

d)  Even if a worker is genuinely an independent contractor, companies must also consider whether the worker is an ‘employee’ for the purposes of superannuation legislation noting any failure to properly characterise and pay superannuation to employees can result in significant penalties. 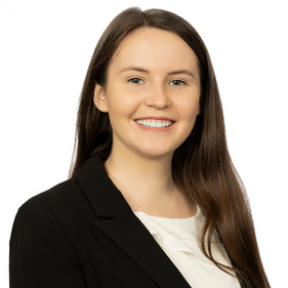 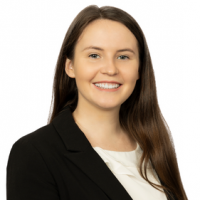