Hot Work Exclusions – The Devil is in the Detail

The risk of fires caused by welding, grinding or other heat or spark producing processes (hot work1) is well known in the construction industry. It is also well known that, to reduce the risk of fires from hot work, it is necessary to comply with AS1674.1,2 which requires, among other things, the completion of hot work permits. This is to ensure hot work is not carried out unless appropriate safety precautions are implemented, such as isolating the area and ensuring flammable substances are removed.

To limit the risk associated with hot work, it is not uncommon for liability policies to contain hot work exclusions, which are typically designed to exclude liability arising out of hot work in circumstances where AS1674.1 has not been complied with. The interpretation of such clauses, however, can be contentious.

Ritchie concerned a class action arising out of the Carwoola bushfire, which occurred in February 2017. The Carwoola bushfire destroyed 11 homes and damaged another 12, and was estimated to have burned over 3,500 hectares of land.4

While the claim was against Advanced Plumbing and Drains Pty Ltd (APD), because APD had gone into voluntary liquidation, leave was granted to the plaintiff to proceed against APD’s insurer, CGU Insurance Limited, on the basis APD had an insured liability to the plaintiff and landowners.

APD was a plumbing business that had approximately 40 employees and provided plumbing, hydraulic, and civil infrastructure services on large commercial projects.

The director of APD, Mr Hooper, engaged a builder to construct a dwelling at his property in Carwoola (property) but arranged for his own company to perform all work up to the slab level.

On 17 February 2017, an APD employee, Mr Orford, as well as a former apprentice, Mr Elliott, (workers) were at the property working on the steel reinforcement of the footings. While using a Husqvarna K970 power cutter to cut the steel, it generated sparks which flew into a nearby paddock that was vegetated with long, dry grass. A fire ensued. At the time, there was a total fire ban in place and the temperature was 31.6 degrees.

The parties agreed on a number of matters. First, that the workers owed the plaintiff a duty to exercise reasonable care in respect of the risk of loss and damage resulting from fire caused by sparks from the use of a power cutting tool. Secondly, that a reasonable person in the position of either APD or the workers would have taken the reasonable precautions alleged, and by failing to do so, breached their duty of care. And thirdly, that the sparks from the power cutter were the cause of the bushfire.

CGU relied on a ‘welding endorsement’ contained in the policy schedule. The endorsement was worded as follows:

The liability of the Insurer to indemnify the Insured … shall not extend to any liability arising out of or in any way connected with any arc or flame cutting, flame heating, arc or gas welding, electric, oxyacetylene, laser cutting and/or spark producing equipment by or on behalf of the Insured or similar operation in which welding equipment is used, unless such activity is conducted in strict compliance with the:

1. Australian Standard AS 1674, Part 1 - 1997 'Safety in Welding and Allied Processes – Fire Precautions' issued by the Standards Association of Australia

It was not in dispute the workers had failed to comply with AS1674. The issue was whether the power cutter was ‘spark producing equipment’ within the meaning of the endorsement. The onus in this regard rested on CGU.

The plaintiff raised a number of arguments against such a proposition.5 First, it argued the general expression ‘spark producing equipment’ did not, on its true construction, include a power saw, even if the result of that operation was the emission of sparks.

Thirdly, the plaintiff pointed to the fact the title of the endorsement only referred to welding, which it argued was reinforced by the phrase ‘or similar operation in which welding equipment is used’.

And fourthly, it argued that if CGU had intended the endorsement to correspond to all processes falling within AS1674, it could have specifically referred to ‘hot work’ within the meaning of the standard, or ‘grinding’ as the standard did.

CGU, on the other hand, argued that, as a matter of construction, the expression ‘spark producing equipment’ stood independently of the earlier items, and encompassed the subject power cutter.6

In finding for CGU, his Honour held that there was no ‘uncertain scope’ about the words ‘spark producing equipment’, and there was no doubt the power cutter produced sparks when used to cut metal.7

He also considered the reference to AS1674 in the endorsement, in which cutting reinforced steel met the definition of ‘hot work’, might provide some objective evidence of the parties’ intentions when construing the meaning of the endorsement.8

His Honour further found that no account could be taken of the heading to the endorsement because clause 5.1 of the policy wording specifically provided that headings were not to be deemed to affect the interpretation of the policy.9

His Honour ultimately concluded the welding endorsement applied, meaning neither APD nor the workers had an insured liability to the plaintiff or the group members.

Dealing briefly with the other insurance issues, CGU argued that the construction of footings for the concrete slab was not within APD’s business description in the insurance policy, being ‘Principally Plumbing and any other activities incidental thereto’. His Honour, however, found the work being carried out on the property was an activity that was ancillary or incidental to the plumbing business.10

CGU also argued APD had breached a policy condition requiring them to take reasonable precautions to prevent or minimise liability. CGU submitted that, to use equipment that ‘shot sparks’ around was reckless, foolhardy and courting danger, especially when the work could have been done without that equipment.11 His Honour disagreed, finding that, although Mr Elliot knew there was a total fire ban that day, there was no evidence he knew he should not be using a power cutter. This was in circumstances where they were using the power cutter some 17 metres from where the fire started, and within a cleared area between the footings and the grass. His Honour therefore concluded that while the use of the power cutter was negligent, it fell well short of amounting to recklessness or courting danger.12

Judgment was awarded in favour of CGU, with the plaintiff ordered to pay CGU’s costs.

From a health and safety perspective, complying with AS1674.1 when carrying out hot work is fundamental to minimising the risk of fire. While construction companies (and any other companies that perform hot work) invariably have procedures involving the completion of hot work permits in compliance with AS1674.1, in the authors’ experience, a common failing of companies is not taking sufficient steps to ensure their own procedures are followed. Companies should communicate to their staff the importance of complying with their procedures, particularly in relation to hot work.

Aside from the risk of significant damage and loss of life, a further implication for companies in failing to comply with hot work procedures is they could find themselves without cover.  If the policy contains a welding or hot work exclusion, the intention is likely that cover will be excluded if AS1674.1 is not complied with in a manner that is causative of the loss.

From the insurer’s perspective, to avoid any dispute about the construction of a hot work exclusion, careful attention needs to be given to its wording, particularly with respect to grinding or other allied processes. For example, if it is intended the exclusion should extend to grinding, then, as suggested by the plaintiff in Ritchie, this could be clarified by referring specifically to ‘hot work’ as defined by AS1674.1, which encompasses grinding. 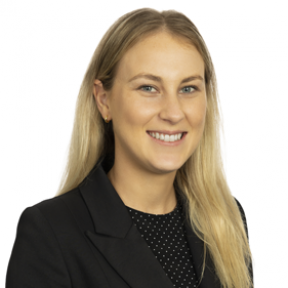 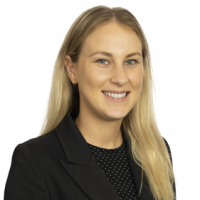