Terence and Nicole Ryan (Defendants) organised a 21st birthday party for their son, Daniel Ryan at their rural home, 'The Three Mile’, Jondaryan (Property).1 Charles Dearden (Plaintiff) was a guest at the party. He sustained severe burn injuries to the upper right arm, chest and back as a result of being deliberately set alight by another guest, Robert Taylor.

Notwithstanding that the Defendants supplied a substantial amount of alcohol (beer and wine) during the party, the Judge described it as a well-planned party. The Defendants made efforts to ensure the safety of their guests. They made arrangements for guests to camp overnight so they were not driving whilst intoxicated. They also ensured that first aid supplies, a fire blanket and fire extinguisher were in the house, and that there was no petrol or fuel anywhere near the party. A fuel store was located on an adjacent property about 5 minutes’ drive away.

At dusk the electricity supply failed and it became necessary for the Defendants to start a backup generator. Mr Ryan drove to the fuel store to obtain fuel for the generator. He filled two large jerry cans and a third, smaller jerry can. When he returned to the Property Mr Ryan poured fuel from the small jerry can into the generator. He then left the small jerry can in the back of his vehicle and placed the two large jerry cans in a secluded position with the intention of preventing guests from accessing the fuel. In doing so, the Court considered that Mr Ryan was alert to the danger that the fuel created; namely that it was a powerful accelerant that could be used to start a fire, and ought not be accessible to guests, particularly intoxicated guests.

At approximately 11.00 pm, a grassfire started between the homestead and an adjacent shed, close to a kennel where Mrs Ryan kept her two dogs. At the scene of the grassfire, Mrs Ryan smelt unleaded fuel.

Mr Ryan instructed his adult son, Matthew Ryan, to put the small jerry can in the shed. Mr Ryan did not check where Matthew had placed it and did not check whether it was empty. Mr Ryan’s evidence was that 'as far as [he] was concerned, it was empty’. Mr Ryan also moved the two large jerry cans into a shed due to his concern that the petrol might be used to start another fire. Mr Ryan assured Mrs Ryan that the fuel 'had all been put away’.

At some point after midnight, the Plaintiff found a swag, placed it on the ground and went to sleep. The Plaintiff’s friends, including Mr Taylor went to look for him to have him re-join his friends at the party.

Mr Taylor was, by his own admission, intoxicated. He decided to 'wake [the Plaintiff] up via lighting his swag on fire’. The idea apparently formed in Mr Taylor’s mind as a result of the grassfire a hours before.  Mr Taylor had sourced the fuel from the small jerry can located in the shed. He dribbled fuel onto the Plaintiff’s lower shirt, high jeans and ignited it with a lighter. The Plaintiff’s shirt, body and hands were set on fire.

In summary, Justice Crow determined that the Defendants and Mr Taylor were liable for the incident and apportioned liability at 70/30 between Mr Taylor and the Defendants. Unsurprisingly, Mr Taylor was apportioned the lion’s share of liability in circumstances where he engaged in a reckless and criminal act fuelled by his high state of intoxication.  However, the Defendants were also held to be liable on the basis that they had introduced the fuel and had failed to remove it, notwithstanding the risk that it would be used to light a fire. In coming to this decision, Crow J considered the following issues:

Issue 1: The Defendant's duty of care

The starting point is the general occupier’s liability principle. The Defendants owed the Plaintiff a duty of care to take reasonable steps to minimise a foreseeable risk of harm. The scope and content of the duty is fact-specific.

Crow J concluded that the risk of a guest suffering a burn injury from an uncontrolled fire was foreseeable by the Defendants. This was because:

The grassfire demonstrated the level of intoxication of some of the guests (or at least one) that led to the extremely reckless act of lighting a grassfire. Crow J accepted that the earlier grassfire placed the idea of starting a fire to wake the Plaintiff in the mind of Mr Taylor.

In the circumstances it was held that the risk of injury from fire was not insignificant.

Precautions against a risk of harm

Crow J was of the view that a reasonable person in the position of the Defendants would have taken the precautions of safely securing the fuel in view of:

The Defendants submitted that the conduct engaged by Mr Taylor was criminal in nature, in circumstances where he pleaded guilty to grievous harm.

Crow J held that a duty of care to protect the Plaintiff from risk of harm of being burnt by fire arose because of the actions of the Defendants as occupiers - first, in making petrol available and secondly, making large amounts of alcohol available to a large group of young people likely to become intoxicated.  After the experience of the first grassfire, the Defendants considered it important to remove the fuel source to prevent another guest using it to light a fire - unfortunately this did not happen.

The concept of social host liability, being that the Defendants, as social hosts, owed a duty of supervision to social guests was also considered. This principle has not been accepted in Australian common law pursuant to the leading authority of Parissis & Ors v Bourke.3 Crow J accepted the analysis of Priestly JA in S v S,4 that, in general, social hosts do not owe duties to social guests.

However, Crow J considered that the provision of a source of fuel (the small jerry can) and it being placed in a position accessible to highly intoxicated guests, combined with the earlier grassfire, placed on the Defendants a duty to take reasonable care to prevent harm from an uncontrolled fire lit by an intoxicated guest. This duty did not arise from the Defendant’s position as social hosts, but rather as occupiers under the general duty of care.

This decision reinforces that the scope and content of an occupier’s duty of care is dependent upon the facts, circumstances and context in which the duty arises.  It also highlights that occupiers, in certain circumstances, can owe a duty of care to protect a visitor against the risk of harm from a criminal act.

The decision confirms the Australian common law position pursuant to Parissis & Ors v Bourke which does not accept the principle of social host liability. 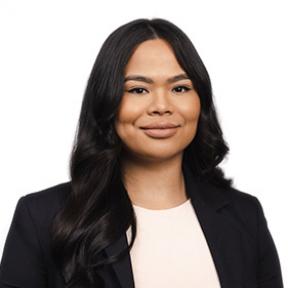 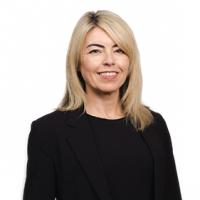 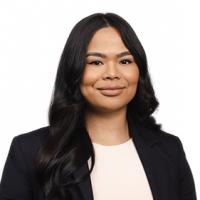