At the start of last month, the New South Wales government enacted the Environmental Legislation Amendment Act 2022 (NSW) (Act). The Act amends the environmental protection legislation1 in New South Wales to, among other things, impose financial and criminal liability on directors, related bodies corporate and directors of related bodies corporate who receive a financial or economic (a ‘monetary’) benefit from an environmental offence. A reference to director broadly extends to a person involved in the management of the affairs of the company.2

In the second reading speech, Felicity Wilson MP announced that, ‘[e]nvironmental legislation needs to be continually improved to ensure that those who commit crimes pay for them’. She stated that the environmental protection laws in New South Wales should be updated to address evolving criminal behaviours in the sphere which she described as ‘unscrupulous business models’. These practices have left the New South Wales Government (Government) with significant clean-up costs (with the Truegain Pty Ltd oil refinery site alone costing the Government $20 million in prevention and remediation efforts).

The amendments brought about by the Act create some of the strongest environmental liability provisions in the country.

Personal liability of directors and bodies corporate: what does this mean?

Previously in New South Wales, directors could be personally liable under sections 169A (executive liability generally) and 169B (accessory to the commission of offences) of the Protection of the Environment Operations Act 1997 (NSW) (PEOA) for offences by a corporation. Under these provisions, a director can be liable for the maximum penalty for the executive liability offence if committed by an individual.

The Act has extended directors’ personal liability for offences by a corporation to include the Environmental Protection Authority’s (EPA) ability to issue clean-up notices and prevention notices personally to directors and related bodies corporate. This is a significant increase in the extent of personal liability for directors and officers. The cost to comply with a clean-up notice is often significantly more than fines imposed on directors for breaches of environmental duties of the body corporate. It should also be noted that traditional insurance may not cover the extent of this liability, as it is not a fine or a penalty – it is an order to do something (i.e., stop a spill, clean up a site after an incident, etc.).

The Act also amends the environmental protection legislation to:

How should you respond to the changes?

Companies should review the amendments and consider what it means for their operations and future expansion projects. Internal environmental compliance protocols and risk management strategies should be reviewed and updated. The scope and adequacy of insurance coverage for directors and officers should be considered in the context of an order to personally respond to a clean up order, as many Directors and Officers policies may not respond. Climate and environmental risks require commercial consideration and directors and officers should adopt a probative and proactive approach to managing and mitigating environmental risks.

If you would like to know more about how the Act affects you and your business, please contact our Planning and Environment Team. 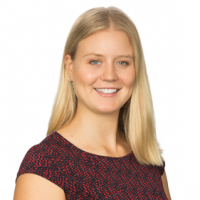