In Tapp v Australian Bushmen’s Campdraft & Rodeo Association Limited,1 the High Court has recently handed down a judgment concerning duty of care, breach and obvious risks within the context of dangerous recreational activities. At both first instance and on appeal in the New South Wales Court of Appeal, the plaintiff failed in her action for damages.  On appeal to the High Court a slim majority (3:2) overturned the lower court decisions and found in the plaintiff’s favour, awarding damages in the amount of $6,750,000. The case provides interesting insight into the court’s approach to dealing with the probability of harm when engaging in risky pursuits, identification of risk and the obviousness of that risk.

Ms Tapp, then 19 years old, sustained incomplete T11 quadriplegia when she fell from her horse whilst competing in the Ellerston campdraft event in 2011.  Campdrafting involves riders on horseback rounding up cattle and steering them around an obstacle course.  Ms Tapp was an experienced rider and had been involved in campdrafting events since aged six.  Ms Tapp’s fall occurred on the second day of the event, at approximately 7.00pm. Over 700 rides had taken place in the competition arena prior to the incident.  Ms Tapp herself had ridden in two rides on the second day prior to her fall.

Ms Tapp’s evidence was that, as she began her ride, she felt the ground was heavy.  Her horse missed its stride which caused it to go down on its front with Ms Tapp falling from height.  She felt excruciating pain in her chest and realised she could not move her legs.

Ms Tapp’s case was that her horse fell because of deterioration in the surface leading up to her ride and that the Australian Bushmen’s Campdraft & Rodeo Association Limited (Association) ought to have ploughed the arena during the course of the competition rather than just aerating.  The day after the incident, the surface was ploughed for three hours before the day’s competition was commenced.

Ms Tapp led evidence that she was not permitted to inspect the ground herself before she commenced the event, she was not aware of the reason for a delay in her event commencing (it was because the surface condition was being considered by event organisers), no warnings were given about the surface condition, she was not aware that other riders had fallen during the course of the day, and nor was she aware that, not long before her own ride, one rider had complained about the surface condition and had asked the organisers to stop the event.  There was a suggestion there were up to seven other falls prior to her event (with no injuries), at least four of which had occurred within one hour of Ms Tapp’s event.

The primary and Court of Appeal decisions

At trial, the Association conceded that it owed a duty of care but it remained contested as to the extent to which the duty was breached, whether any breach was causative of Ms Tapp’s injuries and whether the Association could rely on the defence of obvious risk as provided for in s 5L of the Civil Liability Act 2002 (NSW) (CLA).  The primary judge did not find there had been any breach by the Association (meaning any conclusions on causation were redundant).

The primary judge expressly rejected Ms Tapp’s submissions that the taking of reasonable care required the Association to call off the event once it had received complaints about the surface and found that what was required (only) was the making of an informed decision about whether it was safe to continue the competition (which the Association did).  The primary judge further found that, in light of Ms Tapp’s experience as both a horse rider and campdraft competitor, the risk of falling from a horse would have been well known to her and her ensuing injuries were a materialisation of those known risks.  Section 5L consequently provided a complete defence to the event organiser.

The Court of Appeal (2:1) was not satisfied that Ms Tapp had demonstrated that her horse fell because of the deterioration of the surface of the arena and as such her case failed in the absence of such evidence.2

Ms Tapp’s appeal was allowed.  The High Court found the Association had breached its duty of care by failing to stop the competition to inspect the arena in order to ensure the surface was reasonably safe and that this breach had caused Ms Tapp’s injuries.  Furthermore, her injuries were not the result of the materialisation of an obvious risk and therefore the defence under s 5L was not made out.

The majority stated that, contrary to the views expressed by the Court of Appeal, the risk contained in s 5L should only be considered after prima facie liability for negligence has been established.  The Court also observed that risk under s 5L should be characterised at the same level of generality that is used when assessing breach of a duty of care, rather than descending into the precise detail of the mechanism of the injury.

However, the High Court held the trial judge’s characterisation of the risk was too general and the risk was more properly characterised as the 'substantially elevated risk of physical injury by falling from a horse that slipped by reason of the deterioration of the surface of the arena' which was not obvious to a reasonable person in Ms Tapp’s position because she did not have an opportunity to inspect the surface of the arena, she was unaware that there had been any prior falls and a reasonable person in her position would have expected the Association to assess the condition of the ground.

The High Court appears to be trying to pull back from a series of previous decisions, mostly emanating from the courts in New South Wales, where defendants have been largely successful in relying on the obvious risk defence in the context of dangerous recreational activities.

The High Court’s observations about the generality of the risk when considering a s 5L defence have drawn attention to the significance of properly identifying a risk.  The High Court’s identification of the risk with reference to the condition of the surface of the arena and not merely the risk of falling from the horse is an important distinction when considering this defence.

It is also worthwhile noting also that Ms Tapp’s age did not appear to play a significant part for the High Court.3  In fact, it appeared impressed by the amount of prior experience Ms Tapp had in both horse riding and campdrafting given her youth and that, even with such experience, it was not satisfied the risks she was presented with were obvious.

The approach adopted by the Victorian courts has been relatively consistent with the High Court’s latest approach to proper identification of risk, with a preference for a specific, but not-too-narrow, approach such as in McLeod Mainfreight Distribution Pty Ltd.4  The focus in the Victorian cases, as with Tapp, is on striking a balance between being too broad and too narrow and identification of the actual risk with reference to breach of duty.  Tapp therefore seems to confirm the direction that has been taken in Victoria to date.

It is important to note that in Victoria there is no available defence of obvious risk in respect of injuries suffered during dangerous recreational activities, unlike in other states including New South Wales and Queensland.  It is plausible therefore that, had this case been heard in Victoria, at least in the first instance, the outcome may have been different.

Courts in New South Wales have been typically willing to accept a defence of dangerous recreational activity under s 5L of the CLA when it relates to horse-riding. However, Tapp demonstrates that a defendant cannot expect that the court will solely look at inherent risks.  It has also been common practice within New South Wales for the courts to consider any liability defeating defences prior to determining if there has been negligence.  Tapp seems now to have overturned that approach, confirming the court’s preference to assess liability under the CLA first, and then consider the application of any defences.  The High Court has also confirmed that the risk must specify the basis of the liability and has re-enforced that a narrow approach will likely result in the rejection of an obvious risk defence.  The takeaway for this decision is that the identification of risk is not straightforward and can result in an unexpected and different outcome.

Tapp has confirmed the position that Queensland courts have previously taken, that when considering obvious risk, the characterisation of the risk must be appropriately narrow so as to describe the actual risk that materialised.  For example, in State of Queensland v Kelly5 where the plaintiff was injured when he lost his footing while running down a sand dune, falling head-first into the water at the end, the trial judge outlined that had the risk been defined as the risk of serious injury from entering the water head-first too close to the shore, then this would have been an obvious risk.  However, the Court of Appeal found that if the risk was characterised more narrowly,6 then the court could not be persuaded that risk was an obvious one. As such, Tapp confirms Kelly is still good law.

1 [2022] HCA 11.
2 The first instance findings were upheld (2:1).
3 There does not appear to have been any argument made (either at trial or on appeal) with regard to contributory negligence on the part of Ms Tapp.  This may be because the case had its origins in New South Wales and this was seen as ancillary.  It is possible had the case been argued in Victoria, that the defendant would have pleaded this in the absence of a complete defence of obvious risk.
4 [2021] VSCA 1951.
5 [2014] QCA 27.
6 As the risk of serious injury arising from the possibility that the sand gave way at the crucial moment while running down the dune sufficient to throw the person off balance, and so converting an intended feet-first jump into an unexpected and awkward head-first entry into the water. 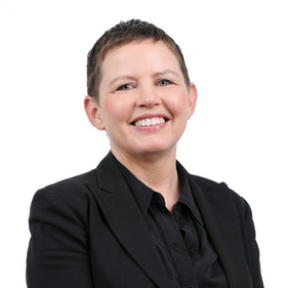 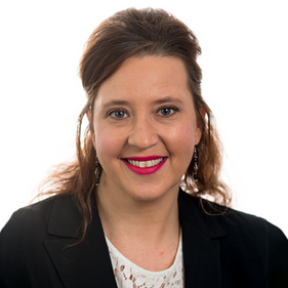 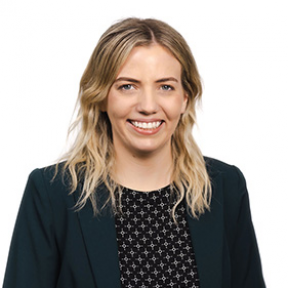 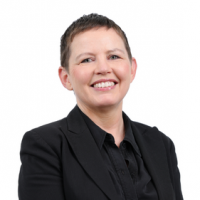 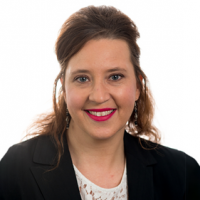 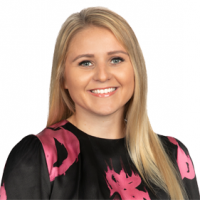 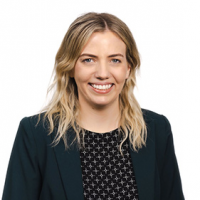