Lawyers (and judges) have sometimes been accused of being Luddites, concerned about the pace of technological change, and what this might mean for the practice of law and the administration of justice. Increasingly however, courts and legal practitioners have been embracing technology, aware of its important role in facilitating the efficient, timely and cost-effective conduct and resolution of civil litigation.

Progressively over the last decade, practice notes in state and federal courts have been expressly recognising the important role that technology plays and the need for lawyers to cooperate with each other to identify and apply appropriate technology to the conduct of proceedings.

Most recently, on 30 January 2017, the Supreme Court of Victoria issued a Practice Note dealing with technology in civil litigation.1 This is the first practice note in Australia to provide guidance as to protocols for technology assisted review (TAR).

TAR, also known as predictive coding, is a software process which makes use of advanced algorithms to review documents and identify those that may be relevant in a legal proceeding, and therefore potentially discoverable.

It is usually facilitated by a litigation support organisation, which holds the licence to use the relevant TAR software, and which employs people who are trained in its use.

TAR is significantly more sophisticated and powerful than basic keyword searching. It generally relies on a person (usually a lawyer) initially reviewing a sample set of documents, in order to determine relevance. Based on that review, the program predicts which documents may be relevant from the full set of documents and produces a further sample set, which is also reviewed by the same person. The process of sampling (or ‘training’) typically involves 3 to 4 rounds, by which time an agreed tolerance level is reached. Based on that training, and with only a small portion of the documents having been reviewed manually, the software produces the full list of relevant documents.

Recently the Technology, Engineering and Construction List of the Supreme Court of Victoria ordered discovery by TAR. McConnell Dowell Constructors (Aust) Pty Ltd v Santam Ltd & Ors (No 1)2 concerned a large claim arising from the design and construction of a natural gas pipeline in Queensland. The construction contract and an associated arbitration generated approximately 4 million electronic documents. Using de-duplication technology, the plaintiff was able to reduce these documents down to 1.4 million. Justice Vickery concluded that special management of these documents was required, on the basis it would have taken a junior solicitor 583 weeks to manually review 1.4 million documents! Those documents would also have needed to have been inspected by the other parties, giving rise to further delay, and potentially massive cost. His Honour appointed a special referee to consider the appropriate management of discovery and report back. The special referee, in consultation with the parties, subsequently proposed to the court that TAR be used, with certain protocols and procedures agreed in relation to how discovery should proceed.

Justice Vickery agreed that TAR was appropriate, and should be ordered. His Honour noted that TAR has been recognised and endorsed in other jurisdictions, including the UK, Ireland and the USA. In relation to the reliability of TAR, Vickery J quoted with approval, the following passage from a decision of the High Court of Ireland, in which TAR was ordered:3

'The evidence establishes, that in discovery of large data sets, technology assisted review using predictive coding is at least as accurate, and, probably more accurate than, the manual or linear method in identifying relevant documents.'

As observed by Vickery J, TAR does not need to be confined to situations where all parties to the litigation participate in the process. In Money Max Pty Ltd v QBE Insurance Group Ltd,4 which concerned a shareholder class action, the Federal Court of Australia ordered that the respondent, which had used TAR, provide a report to the applicant describing the manner in which the respondent had applied TAR for the purposes of providing discovery.

Since Vickery J handed down his decision, the aforementioned Practice Note has been issued. The Practice Note records that in larger cases, TAR will ordinarily be an accepted method of conducting a reasonable search. It also encourages the parties to agree on a protocol for the use of TAR, which protocol may canvass:

TAR is not new technology but its use is rapidly increasing, and it is commendable that courts in Australia are actively engaging with this practice. For example, late last year the Federal Court issued its own Practice Note concerning the use of technology,5 which contemplates the use of TAR (although, unlike Victoria’s Practice Note, it provides no guidance on TAR protocols). It is therefore anticipated that the Supreme Court of Victoria Practice Note will be referred to by other courts and practitioners for guidance in relation to TAR.

In suitable cases, where a large amount of electronic documents are potentially discoverable, TAR unquestionably has the potential to save litigants considerable time and cost, while also ensuring that the litigation is not wholly derailed by the discovery process. There is little doubt that TAR will increasingly be used by litigants and their legal advisors in large disputes, including but by no means limited to building and construction litigation and class actions. Lawyers therefore have an important role to play in relation to advising their clients when TAR might be suitable, negotiating TAR protocols and partnering with litigation support services.

For smaller matters where TAR may not be appropriate, other technologies can still be used to achieve time, cost and strategic advantages that are unavailable through more traditional and outdated practices. 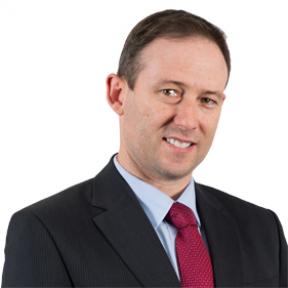 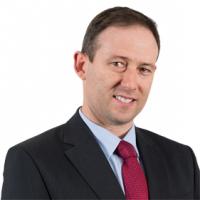