Cleaner not liable despite not identifying spillage

In a recent decision of the NSW Court of Appeal,1 the court considered the duty owed by a cleaning contractor, specifically in circumstances where findings were made that a spillage was present as a cleaner passed the incident area.

The claim was for personal injury allegedly suffered by Mr Al Kammessey as a result of a slip and fall whilst a patron at the Westfield Liverpool Shopping Centre. The defendant (appellant on appeal) was the insurer for Atlantic Cleaning and Security Pty Ltd (Atlantic), who was substituted into the proceedings as Atlantic had entered liquidation. The incident was captured by CCTV footage and there is no dispute the plaintiff (respondent on appeal) fell as alleged. Whilst the decision contains a significant discussion regarding the dispute which arose in the key facts to be determined, the reason by which the key facts were found is not relevant to the significance of the decision. Ultimately, these critical facts were summarised by Sackville AJA as follows:

‘There was no wet patch at the accident site at 10.35, but there was at 10.44.29. There is no evidence as to the source of the fluid (presumably water). The CCTV footage is unhelpful as to when the water was first present at the accident site. Despite a very large number of patrons traversing the area in the near vicinity to the accident site between 10.35 and 10.44.29, including on my count 16 between 10.42.43 and 10.44.29, none appears to have detected a potential hazard created by surface water at or near the accident site’. It is important to note the conclusion the spill wasn’t present at 10.35 is based upon the fact a thorough inspection of the area was conducted by a cleaner at that time. Two other key times are important to properly understanding the decision. Firstly, another cleaner, Mr Nguyen, passed near to the incident area at 10.43. Secondly, the fall occurred less than 90 seconds later at 10.44.29.’

On appeal, the leading judgment was delivered by Sackville AJA. The appeal was upheld and the plaintiff’s claim dismissed. The basis upon which the claim was dismissed was interesting and perhaps leads to some wider consequences. Based essentially upon a probability theory, Sackville AJA found as a matter of fact, the spill was present on the floor surface as Mr Nguyen passed the area some 90 seconds prior to the plaintiff’s fall. In our experience, it is often the very fact a cleaner has passed the area which can be relied upon in concluding on the balance of probabilities, the spill likely occurred after the cleaner passes the area (and the claim consequently fails on that basis). Sackville AJA concluded however the fact that Mr Nguyen did not identify the spill was not of itself evidence of a breach of duty of care. It was relevantly stated:

‘There is no doubt that the respondent slipped on a wet patch on the terrazzo floor. In my view however, the evidence does not establish that the wet patch extended over more than a very small area. The evidence also indicates that a small wet patch was very difficult to detect because of the design of the terrazzo floor (for which Atlantic was not responsible). I infer that the difficulty was exacerbated because the area inspected by Mr Nguyen was heavily trafficked and he had no reason to expect a wet patch on any given section of the corridor. The position may well have been different if the respondent had adduced evidence suggesting that notwithstanding the difficulties of detecting the wet patch a reasonably diligent cleaner should have detected the hazard and removed it. But there was no such evidence.

I do not think that it was open to the primary Judge to infer from the CCTV footage that Mr Nguyen was remiss in the way he went about the task of inspecting the corridor for hazards. In the absence of an adverse finding as to the credibility or reliability of Mr Nguyen’s evidence, there is no sound basis for concluding that he did not conduct the inspection with reasonable diligence and care. On the basis of the finding that the wet patch was present at 10.45, Mr Nguyen failed to detect the hazard that led to the respondent’s fall. But the duty owed by Atlantic and Mr Nguyen to the respondent and other patrons was to exercise reasonable care to identify and remove potential hazards to their safety. It was not a guarantee that all hazards would be removed. And it is not permissible to conclude with the benefit of hindsight that by reason of Mr Nguyen’s failure to detect a particular hazard that he and Atlantic breached the duty of care they owed to the respondent.’

The decision is a very useful one from a defendant’s perspective in cleaning cases. Sackville AJA makes it abundantly clear that the mere fact a cleaner fails to identify a spillage does not, of itself, lead to success for a plaintiff, with it being incumbent upon the plaintiff to discharge the onus of proving a failure on the part of the cleaner or occupier to exercise reasonable care. Before we consider some wider ramifications, it should be noted the same outcome will not necessarily be arrived at in relation to all cases where a spill has been missed. The decision in this instance turned very much on the nature of the particular spillage involved and the finding by the Court, ironically reliant upon the plaintiff’s expert evidence, that the spillage would have been almost invisible to the naked eye. It should be noted that White JA, who arrived at different factual conclusions regarding the nature of the spill (based upon the plaintiff’s evidence as to its size), delivered a dissenting judgment and would have dismissed the appeal. It can be inferred from Sackville AJA’s reasons that had he reached a similar factual conclusion, he also would have dismissed the appeal. Sackville AJA himself also acknowledged the possibility that had the plaintiff adduced evidence to establish the spillage in question was detectible by a cleaner exercising reasonable diligence, the appeal may have been dismissed. Accordingly, the reliance by defendants upon this decision will only be useful in circumstances where the spillage involved is small, most likely clear and difficult to detect. It will not assist where the spillage is clearly observable yet for whatever reason a cleaner fails to identify same.

In our view, the decision does however have potentially wider ramifications than a situation like, in this instance, where the system of cleaning is operational and the spill is missed by a cleaner. The claim in this matter failed because the court essentially concluded the spill was one that was very difficult to detect by sight. If one accepts the general proposition that the duty is not a guarantee that all hazards will be removed, and that a cleaner can exercise an appropriate level of care yet still fail to identify the spill, it follows that in circumstances where either the cleaning system is non existent or not operational at the time of the incident, if the incident involves a similar type of spillage, the defendant, whilst undoubtedly in breach of its duty of care, may yet escape liability on the basis causation cannot be established. Simply put, if a cleaner was present and this did not remove the hazard, the failure of a cleaner to be present may not have altered the course of events and prevented a fall occurring.

The decision in this particular matter did though turn on findings that one particular cleaner who inspected the area after the spill was present, did not fail to exercise reasonable care simply because the spill was not identified. Whether the acceptance that a cleaner can both miss a spill and yet be found to be acting reasonably can assist in a causation defence in a matter where a spill was present and the area had not been inspected for some time (sufficient in the circumstances of the case to amount to a finding of a breach of duty of care) will depend upon the facts of each particular case. It is therefore important that comprehensive investigations into the precise nature of the spillage, together with the level of cleaning in operation are made, as if it can be established the spill was of such nature and composition as to be unlikely to be detected on the basis of a reasonable inspection, and particularly if also a reasonable cleaning system may have generally been operational, but perhaps for a multitude of reasons was not being strictly followed as at the time of the incident, a successful causation argument may well be available to a defendant. 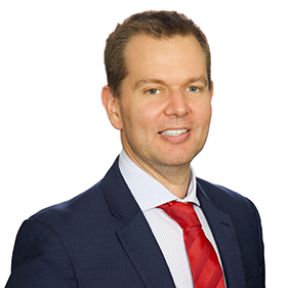 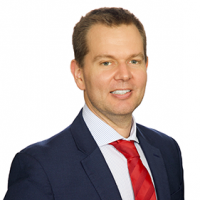