The Queensland Court of Appeal has recently elected not to provide certainty in relation to the applicability of the volunteer immunity contained within the Civil Liability Act 2003 (Qld) (CLA) to community organisations in respect of the negligent acts of its volunteers.

In the decision of Goodhue v Volunteer Marine Rescue Association Incorporated [2015] QCA 234, one issue which arose was whether a community organisation could avail itself of the immunity for volunteers contained within s 39 of the CLA. Prior to considering the decision, it is appropriate to note the protection conferred, which is as follows:

‘(1) A volunteer does not incur any personal civil liability in relation to any act or omission done or made by the volunteer in good faith when doing community work:

Relevantly, for purposes which will shortly be discussed, the term volunteer is defined in s 38 to include, ‘an individual who does community work on a voluntary basis’.

In Goodhue, the plaintiff, Mr Goodhue, suffered damage when his boat ‘Warlock’, a 12 metre ketch rigged yacht, ran aground whilst in an area known as the ‘Marine Stadium’ on the Spit at Southport, Queensland. Prior to this occurring, Mr Goodhue had anchored his vessel on 11 August 2003 and left Australia for New Zealand. Mr Goodhue alleged the Volunteer Marine Rescue Association Incorporated (VMR) was negligent as its authorised agents moved Warlock without his permission on 25 October 2003 and re-anchored it too close to the western shore within the ‘Marine Stadium’. Warlock required re-anchoring as it had come free from anchor on 25 October 2003, and was drifting towards another vessel, such that a Mr Tune, a volunteer with the VMR, and the skipper of the VMR vessel, made the decision that in order to avoid a major incident, the only option available was to board Warlock, tow it away and re-anchor. The VMR attended to this, however on an unknown date (but between the 1st and 6th of November), a friend of the plaintiff, who was periodically checking on Warlock, was notified by the Water Police that Warlock was on the beach in the Marine Stadium.

The matter was heard at first instance in the District Court before her Honour Judge McGinness DCJ. One of the issues which arose in the course of the matter was whether, if it was found the individual volunteers involved were negligent and the VMR was vicariously liable for that negligence, the VMR was entitled to the volunteer immunity in s 39 of the CLA transcribed above. Mr Goodhue argued that it was not, noting the legislation was specifically directed to individuals, and had the legislature intended the immunity to extend to the community organisation, this would have been clear in the legislation. The VMR argued otherwise, reliant upon a decision of the New South Wales Court of Appeal in Commonwealth of Australia v Griffiths1, specifically where it was stated:

‘There is a long line of authority (in which I include the comments of Fullagher J in Darling Islands Stevedoring and the statements made in Park v The Commonwealth) that a person who is vicariously liable for the tortious conduct of another is protected by any immunity that is available to the actual wrongdoer.’

Her Honour noted the dilemma as follows:

‘On its face the section only excludes liability for the defendant’s volunteers. There are two different ways to interpret the section. On one interpretation, it can be read to mean the immunity only applies to the volunteers, that, by implication, it leaves the incorporated associations liable in respect of any negligence of the volunteers. So, effectively, it makes the association liable, rather than the volunteer liable.

Her Honour favoured the latter, stating:

‘In my view, the correct interpretation is governed by the New South Wales decision of Commonwealth of Australia v Griffiths because it is a decision on the New South Wales equivalent of s 39 of the CLA. The wording of s 61 of the NSW legislation is not sufficiently different from s 39 of the CLA. Because it is a decision of an intermediate court, I should follow it unless I am persuaded that it is wrong. I am not so persuaded; it seems to be plausibly correct.’

Her Honour noted there was conflicting authority with the Queensland Court of Appeal in the decision of Ringelstein v Redford Cattle Company Pty Ltd & Ors2 wherein, albeit discussing vicarious liability in the context of s 4F(3B) of the former Motor Vehicle Insurance Act 1936 (Qld), the Court of Appeal favoured the view a person who is vicariously liable:

‘Is in breach of its own duty of care and not merely legally responsible for its employee’s breach of duty.’

The claim was subsequently dismissed by McGinness DCJ (for reasons other than her findings with respect to the issue currently being considered such that her comments in relation to s 39 of the CLA were obiter). Her Honour’s decision was appealed. Unfortunately the Court of Appeal, despite noting the uncertainty which existed, declined to decide the issue, explaining itself as follows:

‘The question of whether s 39 of the Civil Liability Act may be availed of by a community organisation in respect of negligent acts of its volunteer agents is an important one. There is divergent authority at the appellate level on the topic, as a comparison of the two cases mentioned in this ground of appeal reveals (being the decisions of Griffiths and Ringelstein)…..

Here, her Honour’s interpretation of s 39 was obiter. She had found that none of the VMR’s authorised agents had acted negligently. She had also found that the VMR did not itself owe any duty of care as pleaded. There is no realistic prospect that any of these liability findings would be overturned on appeal. In these circumstances, neither s 39 nor the other provisions could be engaged. That being so, it would be inappropriate for this court here to venture opinion obiter on the interpretive aspects.’

How will the issue be resolved?

It is important to note at the outset that in circumstances where there is divergent appellate opinion, it would be presumptuous to assert, absent further judicial interpretation, a definitive answer to this question. With that caveat in place, we favour the conclusions reached by her Honour McGinness DCJ.

Although her Honour’s reference to the decision in Griffiths considering the New South Wales equivalent of s 39 of the CLA was erroneous, with Griffiths instead being concerned with vicarious liability in the context of witness immunity, nevertheless the decision in Griffiths does consider the issue in far more detail than did Ringelstein. It is also a later decision and thus has the benefit of considering at least one additional decision (in Bell v The State of Western Australia).3

It is also critical to remember the rationale for the immunity, as well as exactly what affording a community organisation the benefit of the immunity in circumstances where its liability arising vicariously achieves. Insofar as the immunity is concerned, there are a number of criteria which need to be satisfied for it to apply. Without recounting them all, it is sufficient to note community work is defined to mean:

‘Work that is not for private financial gain and that is done for a charitable, benevolent, philanthropic, sporting, recreational, political, educational or cultural purpose.’

Finally, for completeness and the avoidance of confusion, we point out that above is an analysis of the situation in Queensland. The outcomes may, and in fact at least insofar as New South Wales is concerned, do differ from state to state. In New South Wales, the definition of volunteer refers to a person, which in turn is defined (under the Interpretation Act 1987 (NSW)) to include ‘an individual, a corporation and a body corporate or politic’, whereas, in Queensland the term volunteer refers to an ‘individual’. The effect of the above is that the issue discussed above, insofar as New South Wales is concerned is moot, given the volunteer immunity is also expressly afforded to the community organisation, such that it can be relied upon not only for vicarious liability, but also direct liability.4 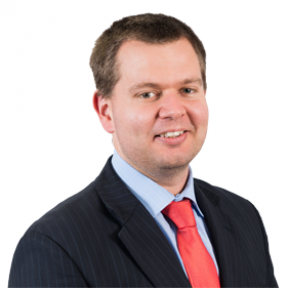 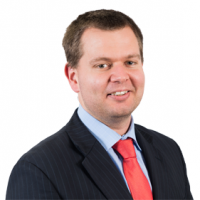