The New South Wales District Court finds in favour of the owners and operators of a white water raft course on that basis that there was no negligence and the injury was sustained as a result of the materialisation of an obvious risk.

On 12 November 2011, Samahar Miski attended the Penrith Whitewater Stadium with a group of friends for a ‘fun day out’ of white water rafting on the man-made purpose built course. After signing an acceptance of risk document and attending a group safety briefing, Ms Miski and her friends set out with their guide around the course.

Towards the end of the hour session, Ms Miski fell from the raft into the rough water. Ms Miski was tossed around in the rough water before emerging, missing a shoe. Ms Miski continued down the course by way of the current until reaching a calm pond of water at the bottom of the course. As Ms Miski went to weight bear on her right ankle she encountered pain and observed swelling. It was later determined that Ms Miski had fractured her right ankle, requiring two surgeries.

Ms Miski sued the Penrith Whitewater Stadium Ltd (defendant) as the occupier and operator of the facility, seeking damages for common law negligence and for breach of the Australian Competition and Consumer Act 2010 (Cth) (ACC). The defendant denied any negligence or breaches of the ACC, and relied upon provisions of the Civil Liability Act 2002 (NSW) (CLA).

The court was persuaded by the evidence of the defendant and found that Ms Miski had entered the water about 75 metres away from the calm pond at the bottom of the course, which meant she would have only taken about 20 to 30 seconds to travel that distance. Ms Miski had suggested, based on evidence from a friend in attendance on the day, that she was in the water for about five minutes but this was rejected.

Additionally, the court accepted the evidence of the defendant’s employees regarding the content of the safety briefing as well as a second briefing conducted to Ms Miski’s raft group from their allocated guide. The employees were unable to recall the exact day of the accident but based their evidence on their usual practise because the procedures had been consistently implemented with all participants.

Despite Ms Miski presenting evidence of having been rushed to sign the acceptance of risk form and not reading it properly, the court said that the acceptance of risk document signed by Ms Miski was presented in plain English and included adequate warnings of the risks of white water rafting, including the particular risk which came to pass on the day of the accident. Relevantly, the form was set out as follows:

'I am aware that during my participation in any activity arranged by Penrith Whitewater, its employees or agents, certain risks or dangers may occur which may include, amongst others:

Physical exertion to which I may not be accustomed.

The hazards of travelling in a raft, canoe or kayak in rough river conditions (including, but not limited to being thrown into unfamiliar water, risks inherent in water fights, swimming and other foreseeable risk related to whitewater activities); using paddles or other equipment.

Extremes of weather and temperature including sudden and unexpected change.

The possibility of accident or illness requiring the assistance of medical services.'

The second last paragraph of the document read:

'I acknowledge that the enjoyment and excitement of an adventure activity is derived in part from risks incurred by the activity which may exceed those commonly accepted at home or at work. I accept all the inherent risks of my activity, and the possibility of personal injury,  loss or property damage resulting therefrom. I waive all claims, which might arise against, and agree not to sue, Penrith Whitewater, its directors, employees, agents or contractors for any such injury loss or damage, which might be sustained by me as a result of my participation in such an activity.'

Additionally, the following was found above Ms Miski’s signature:

'I confirm that I have read and understood this agreement prior to signing it, and it shall be binding upon my heirs, executors, assigns and next of kin.'

The court established that there had been no common law negligence on behalf of the defendant because the defendant had provided Ms Miski with a proper instructional presentation of the rafting activity and the associated risk of participation (as well as a secondary safety briefing by the guide that included demonstrations of various techniques), Ms Miski was adequately warned of the dangers of falling out of the raft and Ms Miski was adequately instructed of the position she ought to adopt if she did fall out of the raft.

The defendant’s witnesses presented well at trial and were accepted as competent staff who accurately assessed the situation and acted accordingly. Namely, it was determined that it would have been inappropriate to press the emergency stop button because it would not have taken effect in time to impact on Ms Miski’s predicament. Plus, there was no reasonable opportunity to throw Ms Miski a rope from either a raft (which presented inherent risks in itself) or from the island because she was only in the water for a short period of time and showed no serious signs of struggle.

It was also relevant that the injury sustained by Ms Miski could not be attributed to any particular point in time from when she fell from the raft to when she reached the calm pond at the bottom. It very well could have occurred as soon as she fell from the raft and before she had even resurfaced from the water. Therefore, Ms Miski was unable to establish any reasonable action or inaction by the defendant that could have been accepted, on a balance of probabilities, as having prevented her injury from occurring.

Whilst not necessary, the court went on to also determinate that section 5L of the CLA had been made out. The defendant was not liable in negligence for the harm suffered by Ms Miski as a result of the materialisation of an obvious risk of a dangerous recreational activity engaged.

Section 5L of the CLA provides:

Division 4, at s 5F of the CLA defines ‘obvious risk’ as:

Instead, it was found that the risk of a person falling into the water and suffering injury, either through the fall itself, or through the subsequent passage through the white water, would have been obvious to a reasonable person in the position of Ms Miski, within the meaning of s 5F of the CLA. Although not specifically commenting on the effectiveness of the waiver, the court relied upon its ‘plain English’ drafting to support its finding that a reasonable person in Ms Miski’s position would have read and absorbed it before signing it.

Assessment of quantum was provided only on a theoretical basis in the event the decision was later appealed. The assessment totalled $199,301 and, of interest, we note that:

In an era where dangerous recreational activities face regular criticism and underwriters are often loath to defend such claims, this is strong authority to the contrary to support an argument that when an activity is conducted competently then liability does not automatically flow to either the occupier or the operator simply because an injury did occur.

The decision demonstrates the importance of being able to produce strong evidence of the implementation of clear and consistent policies and procedures for safety briefings and training of staff involved in recreational activities. Whilst it is unlikely that a waiver will ever provide a complete defence to a claim involving dangerous recreational activities it is nonetheless a very useful tool when providing a well-rounded defence to a claim. 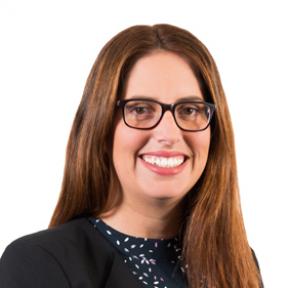 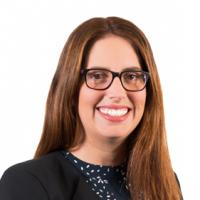