Injury, loss and labour hire – Transfer of risk in the gig economy

The last 20 years has seen a significant shift from companies utilising full time workers to part-time, casual and especially labour hire personnel.  In addition, many companies have structured their operational arrangements in a way which has seen them utilise corporate structures where the workforce is employed by entities separate from the trading entities and those which own the physical assets of the group: so-called ‘captive labour hire’ arrangements. As recently as five years ago, terms such as the ‘gig economy’ had not entered the common vernacular.

The type of arrangements mentioned tend to be more common in the construction, mining and manufacturing sectors where workforce flexibility is essential to maintain company profitability as firms compete for a smaller pool of available work in the post mining boom economy.

These gradual but significant changes in workforce structures have also seen a shift in the risk profiles of companies utilising these arrangements to deliver projects. Anecdotally at least, more transient workforces can lead to increased pressures on safety and workplace systems and potentially greater risks of incident and injury.  For companies using labour hire personnel, this may mean that there is an increased chance of those personnel suffering injury or causing injury to others.

With these developments comes pressure on those supplying workers to shift that risk to end users, namely the host employer.  For much of the twentieth century, the common law made it stubbornly difficult to shift responsibility for injury or damage caused by labour hire workers from the actual employer to the host.  The common law made certain that labour hire companies, captives and commercial, would bear that burden.  To a degree, that was ameliorated by the fact that these types of injury and incident scenarios were less common than the typical incident involving injury to the labour hire worker.

Recently though, and for only the second time in quite a while, this relatively settled area of the law was challenged in the Supreme Court of Queensland in the decision of Paskins v Hail Creek Coal Pty Ltd [2017] QSC 190.

The plaintiff was a truck driver employed by the mine operator, Hail Creek Coal Pty Ltd (Hail Creek). On 16 August 2013, he was tasked with reversing a haul truck into a loading point so that the excavator operator, Mr Phillips, who was employed by Workpac Pty Ltd (Workpac) could load ore onto the tray of the truck. Mr Phillips’ excavator was situated on a ‘bench’ approximately 12 metres above ground level.

As the plaintiff reversed, the tray of the truck collided with the loaded bucket of the excavator and the plaintiff was jolted forward. He sustained an injury to his back and a minor abrasion to his head. The plaintiff sued his employer, Hail Creek and Mr Phillips’ employer, Workpac.

Cause of the accident

Hail Creek had a documented safety procedure for this particular task which stipulated that the excavator operator was to raise the bucket high enough to clear the tray of the truck, and sound the horn when the truck was in the correct position.

On the day in question, there had been a spillage of soil that caused the truck to rise up higher than normal as it reversed into the loading point. Both men were aware of the presence of the soil, but the court found that Mr Phillips had the better view and should have lifted his bucket high enough to avoid a collision with the truck tray.

The court found that the accident was caused by Mr Phillips’ failure to:

These errors in judgment amounted to negligence on Mr Phillips’ part.

Hail Creek argued against this on the basis that:2

The court considered the leading authorities in this area, including Deutz Australia Pty Ltd v Skilled Engineering3 and the recent decision of the West Australia Court of Appeal in Kelly v Bluestone Global.4 The latter case was a rare example of the court finding that there had been the requisite degree of transfer. To demonstrate the point, the court referred to an observation by the dissenting judge in Kelly that, ‘[a]side from McDonald, counsel were not able to refer the court to any 20th or 21st century case in which the principal had been applied to exclude the employer’s vicarious liability’.

Apart from the terms of the contract, which included a term that there would be no relationship of employer and employee between Hail Creek and temporary personnel, the court considered that the following features of the arrangements were against the transfer of employment:6

The court found that the onus was on WorkPac to prove the transfer of services and that the ‘burden is a heavy one and can only be discharged in quite exceptional circumstances.’7 The court concluded that to establish a transfer of employment pro hac vice the ‘entire and absolute control’ over the worker needed to pass, which was not the case here. Workpac was therefore found liable to the plaintiff for the casual acts of negligence of Mr Phillips.

Other issues of interest

While not the focus of this article, there are two other liability issues arising out of this case worth noting.

First, the court found that, even though there was no criticism of its system of work, Hail Creek was liable for the plaintiff’s injuries because, as his employer, it owed him a non-delegable duty of care which, importantly, gave rise to strict liability. The imposition of strict liability on an employer would seem to be at odds with the generally accepted position that the duty of an employer is only to exercise reasonable care.

Secondly, under its contract with Rio Tinto, Workpac agreed to indemnify Hail Creek for the plaintiff’s claim except to the extent that the incident was ‘caused or contributed to, by the negligent acts or omissions or wilful misconduct…of [Hail Creek]’.

Having found both Hail Creek and Workpac liable to the plaintiff, it is curious that the court did not make an apportionment of liability between the two defendants. Where liability is apportioned, these types of indemnity provisions ordinarily operate to reflect the court’s findings in terms of the portion to be paid by each party. Instead, the court appears to have concluded that because Hail Creek was not ‘personally at fault’, Workpac was required to indemnify Hail Creek for the entire claim.

The decision in Paskins again confirms that, in order for a labour hire company to avoid responsibility for a casual act of negligence of one of its employees, it must establish that it has completely relinquished control over the employee. The onus of proving this rests with the employer, and it will only be discharged in exceptional circumstances.

The starting point for the analysis must be the terms of the labour hire agreement. Any terms that preserve the employer’s right to exercise control over the employee will militate against a finding that there has been a complete transfer. Other factors that may count against such a finding are where the employer has an on site presence, or where the employee is a skilled operator capable of determining how the work is to be carried out. 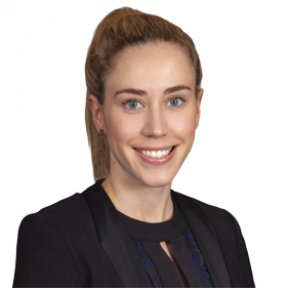 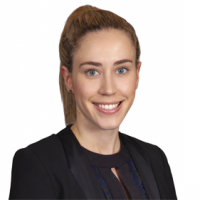