In late December 2015, the Federal Court of Australia announced the establishment of an insurance list as part of its ongoing series of case management reforms known as the National Court Framework (NCF).1

The aim of the NCF is to streamline the Federal Court’s case management procedures nationally.

A key feature of the reforms was the establishment of eight specialist National Practice Areas (NPAs) last year. The new insurance list will fall within the Commercial Contracts, Banking, Finance and Insurance division of the Commercial and Corporations NPA.

Importantly, the stated intention of the insurance list is not to deal with all insurance claims and disputes. It will not usually apply to factual disputes between the parties to an insurance policy.

The list is directed instead to disputes about policy construction or statutory interpretation of insurance legislation which are fundamental to the proceedings. The court expects that the prompt, efficient and cost effective determination of such issues will provide a greater opportunity for the parties to then resolve the balance of the claim by agreement or mediation.

As a result, the insurance list is expected to operate for the benefit of insurers, underwriters, reinsurers, brokers and insureds alike.

The list will include only ‘short’ matters, being matters which can be resolved in a hearing time of no more than two hours.

Applications for leave to appeal from judgments made in the insurance list are to be listed expeditiously before judges of the Commercial and Corporations NPA, which will avoid delays associated with awaiting a sitting period of the Full Federal Court.

Parties seeking to enter a matter on the insurance list are required to lodge a half-page statement of supporting reasons when the originating application is first filed with the court. The court will decide the suitability of a matter for the list, with disputed or doubtful cases to be listed before the Chief Justice for review.

The court has not indicated whether matters presently pending before it may be placed on the insurance list when it commences. To the extent that pending matters are already subject to an active case management regime, entry on the insurance list may well be of little assistance to the parties. However, in circumstances such as where an insurer is joined to a pending matter as a third party cross-respondent, an application for entry on the list at that stage may well be appropriate.

The insurance list will be administered, at least initially, by the Chief Justice.

The list will commence in Melbourne and be then called over in other cities, in two day sitting periods, as demand requires. Current listing dates are as follows:

The insurance list will only apply to matters commenced in the Federal Court and which are within the court’s jurisdiction. That jurisdiction extends to marine insurance pursuant to the court’s admiralty and maritime authority, and to non-marine insurance disputes where an element of the claim arises under Commonwealth legislation such as the Insurance Contracts Act 1984 (Cth).

Insurers are likely to benefit from the list’s operation where they are joined to proceedings based on a dispute as to indemnity or policy response. In those circumstances, provided the contested issues relate to policy interpretation or the operation of the insurance legislation, the insurance list will offer insurers the opportunity to have their role in the proceedings determined at an early stage and with a minimum of legal expense.

However, where indemnity depends upon resolution of factual disputes, the need for witness testimony will usually take a matter’s hearing time beyond two hours and therefore outside the insurance list’s parameters in any event.

The insurance list is a welcome initiative of the Federal Court as it will provide a targeted opportunity to resolve discrete issues of policy or statutory interpretation at an early stage of proceedings.

The practical benefit of the initiative will become apparent in coming months, as demand for inclusion on the list is tested. The court has invited feedback from practitioners as to the effectiveness and utility of the list once its operation has commenced. We will continue to publish updates on any major changes to the scope or operation of the list, as the court’s NCF case management reforms continue to progress. 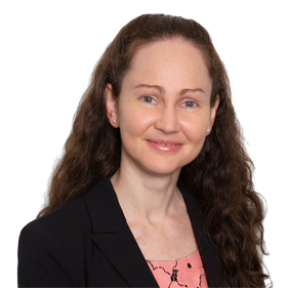 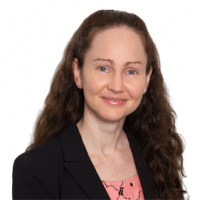