Pure economic loss and contracting to preserve your rights

Pure economic loss and contracting to preserve your rights

Recent decisions of the Supreme Courts in Queensland, New South Wales and Victoria have demonstrated that a superior contractor, in the absence of a contractual entitlement, may be precluded from recovering damages for pure economic loss from a sub-contractor or consultant.  The decision of the New South Wales Supreme Court in CJD Equipment v A&C Constructions [2009] NSWSC 1362, emphasises the hard truth that parties entering into Design and Construct contracts should consider whether they require express contractual rights against or warranties from such parties.

Where a party is owed concurrent duties of care in tort and in contract, that party may sue in tort as well as contract.  However, the terms of the contract (whether express or implied) can modify or exclude liability in certain circumstances, because it is open to the parties to contract on a more limited or qualified basis.

Absent express exclusions or limitations, the presence of a contractual relationship will not necessarily preclude the existence of a tortious duty.   However, as will be seen from the decisions below, the absence of a contractual relationship between a client and construction professional may preclude the existence of such a duty of care to avoid pure economic loss.

The issue was more recently considered by McDougall J of the New South Wales Supreme Court in the matter of CJD Equipment v A&C Constructions.6

McDougall J went on to say:
[230] At [20], their Honours referred to a view "that, because there was physical damage to the building, a claim of the kind made by the appellant was not solely for economic loss" (their Honours' emphasis).  They said that the view had been questioned in Sutherland Shire Council v Heyman (1985) 157 CLR 424 and rejected in Bryan v Maloney (1995) 182 CLR 609.  That view had also been rejected, their Honours said, by the House of Lords in Murphy v Brentwood District Council [1991] 1 AC 398.

[232] McHugh J, who agreed with the plurality that the appeal should be dismissed, said at 542 [56] that loss resulting from faulty construction which does not cause injury to person or property "is economic loss, not physical damage", notwithstanding that it may manifest itself in, for example, cracking or other problems.

[233] Of course, their Honours were talking of a claim brought by a subsequent owner: the appellant had bought the building, which was in a defective condition. However, the underlying rationale is that the relevant loss is loss of value. The building was worth less than the purchaser paid for it because of the defects. In this case, the Smeaton Grange premises are worth less than CJD paid for them because of the defects. The claim is inherent to the property, because it is a claim for the diminution in the value of the property caused by the defects. It is not a claim for damage to other property (or to persons) caused by those defects. Thus, it is not a relevant point of distinction that the claim in this case is made by the first owner, for whom the improvements were constructed, rather than by a purchaser of those improvements.  (Writer's emphasis)

After concluding that the damage to CJD's building was pure economic loss, McDougall J proceeded to consider whether the designers and consultants, who were not in a contractual relationship with CJD owed it a duty of care to prevent pure economic loss.
In doing so, his Honour reviewed the principles of Perre v Apand Pty Ltd8 and Woolcock Street Investments Pty Ltd v CDG Pty Ltd9 and made the following observation:

[243] In Woolcock St, Callinan J (who agreed with the plurality and McHugh J that the appeal should be dismissed) listed, at 592 [222] the factors that, in Perre, had led to the finding that a duty of care existed:

(1)   the plaintiffs "were in a very exceptional and vulnerable position in which they had no    opportunity of protecting themselves by a contractual term or condition";
(2)  foresight of the likelihood of harm;
(3)  knowledge of an ascertainable class of vulnerable persons;
(4)  the helplessness of that class in the circumstances of the case;
(5)  the control exerted by the defendant; and
(6)  the causal link between that control and the damage that was suffered.

After considering the issue of vulnerability, his Honour concluded that CJD was not relevantly vulnerable to any negligent performance by the designers or consultants of their respective obligations.  It had not been shown that CJD had sought direct contracts with or warranties from those consultants, but could not obtain them.  More fundamentally, CJD failed to bargain for any contractual terms that might have protected it.

In conclusion, McDougall J held that the designers and consultants did not owe CJD a duty of care to avoid pure economic loss.  Further, McDougall J found that CJD had acted unreasonably and failed to mitigate its loss.  While CJD succeeded in its contractual claim against A&C, it was only awarded 25% of the costs of rectifying the internal slab of the building.

The above decision is a clear reminder that damage to construction works (excluding subsequent damage to other property or personal injury) should be categorised as pure economic loss in the hands of an owner or subsequent owner.  In the absence of contractual rights or warranties against such sub-contractors and consultants the principal or superior contract will not have a course of action in negligence against those parties.

To preserve or create such a right, parties should consider providing for express contractual rights or warranties from such parties. An example of the concern is identified in the following scenarios:

1. If a party had been contracted to design and construct a building and that building was defective and suffered damage, on the above authorities the damage would be categorised as pure economic loss and the principal who contracted with the D&C contractor would be precluded from suing the sub-contractors and consultants (such as the designers and engineers) directly.  This would not usually pose a problem as the D&C contractor could sue the sub-contractors and consultants.  However, if the D&C Contractor had died or been deregistered, it may leave the principal without any recourse.

This of course is also predicated on availability of insurance and the particular terms of such insurance.

2. If the damage occurred to neighbouring works, the principal would arguably be entitled to sue its D&C contractor and sub-contractors and consultants directly for indemnity or contribution to any exposure it may have to the neighbour.

Therefore principals should consider ensuring that they are afforded express contractual rights or warranties from sub-contractors and consultants.  Further consideration should be given to ensuring that any professional indemnity insurance provided by D&C contractors extends to cover liability arising from specialised sub-contractors and consultants.D&C contractors should also give similar consideration to the contractual and insurance requirements.

Further Impacts Arising from the Floods and Cyclone in Queensland

Following the recent floods and cyclone Yasi in Queensland, in our experience companies are paying closer attention to incorporating force majeure clauses into their contracts (if they have not previously done so) to relieve them of performing their obligations should a force majeure event occur.

Parties to contracts affected by the recent flooding and cyclone should review their contracts to determine how they respond to an event of force majeure.

The following is an example of a closed list of events in the definition of force majeure:-
"an event or circumstance outside the control of the Contractor or Principal provided that the event or circumstance is limited to the following:-
(a) riot, war, invasion, act of foreign enemy hostilities or warlike operation (whether war be declared or not) civil war or acts of terrorism;
(b) earthquakes, flood, fire or other physical natural disaster, but excluding weather conditions regardless of severity…"

In summary, for a force majeure clause to be effective the clause in the contract has to clearly cover the event, there needs to be a causative link between the event and the party's inability to perform its obligations and procedures specified in the clause need to be followed.

Another important factor that should be taken into account in both a contractual context and insurance context is to check whether any stated mitigation obligations following the flooding or the cyclone have been followed. The following is an example of a mitigation provision in a contractual context "Either party relying on this clause by claiming a force majeure event must use reasonable endeavours to remove, overcome or minimise the effects of that force majeure event as quickly as practicable".

From an insurance perspective, a force majeure event may trigger notification requirements. Policies of insurance should be checked in this regard. Another issue closely associated with a force majeure event is the business interruption losses arising from such event and companies will undoubtedly be turning their minds to whether they can make a claim on their insurance for business interruption losses.

Business Interruption claims do not necessarily need to be associated with material damage as some policies may contain cover via extensions or endorsements for claims associated with restriction of access.  Policies for business interruption will need to be reviewed in detail as to whether they will apply in each particular circumstance. 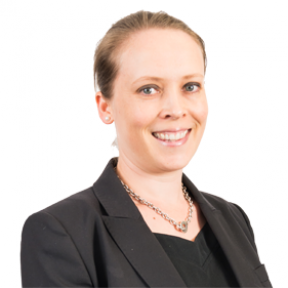 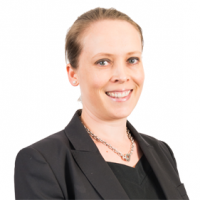