On 20 December 2013, the Queensland Court of Appeal1 overturned a controversial decision in J & D Rigging Pty Ltd v Agripower Australia Ltd & Ors (Agripower decision).  That decision excluded work undertaken on a mining lease from the definition of 'Construction Work' under the Building and Construction Industry Payments Act 2004 (Qld) (BCIPA) with the result that BCIPA did not apply if the work was undertaken on a mining lease.

Since being handed down on 25 June 2013, the original decision had caused great uncertainty for participants and adjudicators undertaking projects on mining leases as to whether BCIPA will apply in those circumstances.

'dismantling of buildings or structures, whether permanent or not, forming, … part of land'.

Justice Wilson considered whether certain mining plant and transportable structures 'formed part of the land' within the meaning of BCIPA and therefore 'Construction Work'.

In finding that a mining lease did not give rise to an interest in the land, her Honour determined that:

' a. 'land' within s 10 of BCIPA does not include mining leases;

b. the plant and structures may have formed part of the mining leases; and

c.the plant and structures did not 'form part of land' within the meaning of s 10.'

The original decision would have meant that no work undertaken under rights granted by a mining lease would have been able to be claimed under BCIPA.  The practical effect of Agripower was to require parties to make enquiries into the underlying ownership of the land and establish that the work was done for the beneficial owners to ascertain whethre a valid payment claim could issue, an issue alluded to on appeal.

The Court of Appeal, while delivering separate reasons for judgment, unanimously rejected the approach of interpretation that applied a technical, legal meaning to the word 'land', and applied the law of fixtures.  Instead, the Court of Appeal preferred the natural meaning of the word 'land'.  In considering this issue, Justice Applegarth, with whom the other judges agreed, said at [25]:

In adopting this approach, Justice Applegarth clarified that the ordinary meaning of the definition of 'Construction Work' does not depend where the work is undertaken, at [53]:

'…while a mining lease may not be legally categorised as "land", the actual land on which the building or structure is affixed does not change its character by reason of the existence of a mining lease. The physical characteristics of the thing that is to be constructed or that has been constructed and the thing's relationship to the land determine whether it forms part of land'.

Accordingly, the focus is on the work and whether it is physically attached to the land, as distinct from an analysis of legal title.

The uncertainty and confusion generated by the Agripower decision has been removed and, once again,construction work undertaken on a mining lease will fall within BCIPA.

While the Agripower decision will serve as an interesting side note concerning the interpretation of BCIPA, the approach taken by the Court of Appeal reduces the need for a legal background in interpreting BCIPA and means that the interpretation given by the courts will reflect the ordinary meaning of the words used. 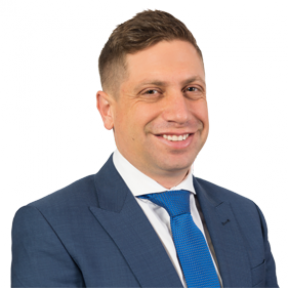 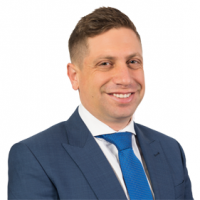