When is a claim not a ‘Claim’? The Federal Court says when it’s a defence In CE Heath Casualty and General Insurance v Pyramid Building Society,1  Ormiston J said of the word ‘claim’: ‘possibly no word in insurance law has given rise to more difficulties’.  In an attempt to deal with those difficulties and to provide clarity for themselves and their insureds, liability insurers will often exhaustively define the term ‘claim’ within the policy wording.  Notwithstanding those attempts at clarity, difficulties and uncertainties still exist as evidenced by the recent decision of the Full Court of the Federal Court of Australia in Amlin Corporate Member Ltd v Austcorp Project No 20 Pty Ltd (Amlin).2

Background to the proceedings

Transactions and proceedings relating to the Ballambi Land

The proceedings in Amlin arose from the 2003 acquisition by Bellpac Pty Ltd (Bellpac) of the Bellambi Colliery.  The Bellambi Colliery included the ‘Bellambi Land’ which was subject to a first mortgage in favour of The Trust Co (PTAL) Limited (PTAL).  Austcorp Project No 20 Pty Ltd (Austcorp) and Compromise Creditors Management Pty Ltd (Compromise) held securities over the Bellambi Land ranking behind PTAL’s mortgage.  LM Investment Management Ltd (LMI) was a lender to Bellpac. Alfred Wong guaranteed that loan.

Bellpac had dealings with Gujarat NRE Coking Coal Limited (Gujarat) in connection with the Bellambi Colliery. Disputes arose between various parties including Bellpac and Gujarat which resulted in litigation in the Supreme Court of New South Wales (Bellambi proceedings).

In May 2009, LMI appointed receivers and managers to Bellpac (Receivers). Subsequently, Bellpac was placed into liquidation.  In 2010, LMI commenced proceedings in the Supreme Court of New South Wales (NSW proceedings) seeking to recover from Mr Wong pursuant to his guarantee of Bellpac’s obligations under the loan.

In June 2011, LMI, PTAL, the Receivers and other creditors of Bellpac (but not Austcorp and Compromise) settled the Bellambi proceedings. The settlement provided for the sale of the Bellambi Land to Gujarat for $10 million. The sale reduced, but did not extinguish, Bellpac’s liability to PTAL.

In December 2011, Mr Wong filed and served a Commercial List Response (Defence) in the NSW proceedings which alleged that:

In February 2013, Austcorp and Compromise commenced proceedings in the Federal Court of Australia against LMI and others seeking equitable compensation or damages arising from the alleged sale of the Bellambi Land at a gross undervalue and the alleged knowing involvement by LMI in breaches of duty committed by PTAL and the Receivers in connection with the sale (Federal Court proceedings).  There was no dispute that the allegations made by Austcorp and Compromise in the Federal Court proceedings and by Mr Wong in the Defence arose from the same facts.

LMI had a layered professional indemnity insurance program underwritten by several Insurers (collectively the Insurers).  The policies incepted on 31 July 2012 (ie. after the Defence was filed and served).  The relevant insuring clause provided that LMI was entitled to indemnity for:

‘any amount up to the Limit of Liability stated in Item 3 of the Schedule in respect of Loss and Defence Costs and Expenses arising from any Claim for any civil liability first made against You during the Period of Insurance and arising out of or in connection with a Wrongful Act.’

Claim was relevantly defined to mean:

Joinder of the Insurers

As LMI was in liquidation, Austcorp and Compromise sought leave to proceed directly against the Insurers in the Federal Court proceedings and sought a declaration that the Insurers were liable to indemnify LMI for the breaches alleged against it.  The Insurers resisted the joinder on the basis that the policies did not respond because LMI’s liability (if any) arose from a claim made before their policies incepted.  It was central to that argument that:

Leave was granted on the condition that the question of whether the claim against LMI was first made during the period of insurance be determined as a preliminary point.

There were three relevant questions answered in the appeal:

Was the Defence a ‘Claim’?

Since the Defence did not claim compensation or damages, it was accepted that paragraph (a) of the Claim definition was not satisfied.

The Insurers argued that the Defence was a counter-claim within the meaning of paragraph (b) of the Claim definition because it ‘was designed to counter the demands’ by LMI against Mr Wong.  The Court accepted that in certain circumstances damages claimed by way of set-off might be a counter-claim for the purpose of the policies.  However, noting that the policies were designed to indemnify an insured against liabilities to third parties and not for losses suffered by the insured, the Court considered that the reference to counter-claim ‘was directed to the possibility that the insured may suffer a liability to a third party by reason of the counter-claim’.

Since the Defence only raised certain defences to LMI’s action on the guarantee and did not claim any relief against, or damages from LMI, the Court held that it was not a Claim for the purpose of the policies.

If that conclusion was wrong, the Court also noted that to satisfy the definition, the Claim must be ‘brought against’ LMI. The Court considered that the words ‘brought against’ referred to positive rather than defensive action and consequently agreed with the trial judge that a defence which asserts a set-off was not a claim brought against LMI.

Would any loss which LMI might suffer in the Federal Court proceedings ‘arise from’ the Defence?

In addressing this issue, the Court agreed with the trial judge that:

The Court noted that the phrase ‘arising from’ in the insuring clause was the causal connector between the Claim and Loss.  Citing Walton v National Employers’ Insurance Association,4 the Court accepted that ‘arising from’ in this context meant originating in or springing from, concluding that:

Was the Defence a claim ‘for any civil liability’?

Citing various legal authorities, the Court considered that in the context of this case a claim for civil liability must seek ‘the establishment by judgment of responsibility in law’.

The Insurers argued that the Defence included a claim for civil liability because it asserted a liability against LMI which was a civil liability – being the liability to account to Bellpac.  The Court rejected that argument for various reasons including:

In liability policies, a ‘claim’ is one of the pre-requisite policy triggers. Arguments about ‘claims’ typically arise in the context of disputes about whether a policy is triggered.  It was not in issue that the insurers’ policies were triggered by the claims by Austcorp and Compromise against LMI in the Federal Court proceedings.  The issue was whether LMI’s liability to Austcorp and Compromise (if any) arose from a claim made against LMI prior to the inception of the policies, which if established, would entitle the insurers to decline indemnity.  In the context of what amounts to a claim, the decision is therefore somewhat unusual.

The court’s decision was factually specific and heavily dependent on the words used in the policies and nature of the Defence. Its broader precedent value may therefore be limited.  It does, however, provide a useful refresher about how courts approach issues of policy construction.

Thinking more broadly, it is not unusual for an insurer to be called on to indemnify an insured for its liability in a counter-claim. While those claims are often accepted (correctly) as triggering a policy, the decision in Amlin should serve as a reminder that insurers should, when faced with such claims, carefully review the terms of the insuring clause to ensure that the pre-requisites for cover are triggered.

This will not be the end to the arguments. The controversy over LMI has almost certainly given rise to the insurers raising other defences. It seems that there is still plenty of life left in this dispute. 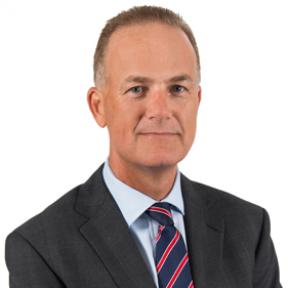 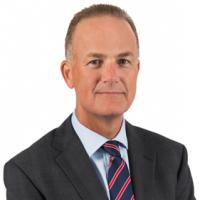