In the January 2018 edition of Constructive Notes®, consideration was given to a number of case authorities in relation to the operation of commonly encountered insurance policy exclusions for ‘flood’.

In this case the Plaintiffs held a policy of insurance with the defendant styled ‘Industrial Special Risks Insurance Policy (Steadfast Mark V)’ (the policy). The proper construction of the policy was in dispute, however as noted [at 12] it was not contentious for the most part that the loss suffered was of the type to which the policy would respond subject to the operation of an exclusion clause upon which the defendant relied in rejecting the plaintiffs’ claims and it was common ground that the burden of proving the application of the exclusion clause fell on the defendant.

The background facts giving rise to the claims were set out at paragraphs 9 and 10 of the judgment:

[10] Initially, the premises could not be accessed at all and the entire rent was abated. Later, parts of the premises were fit for occupation and use but the basement area was so badly damaged by water that the fit out was replaced.

Paragraphs 21 and 22 set out how the basement flooded:

[22] The drains are old and consist of vitrified clay pipes. Inspection of the pipes utilising a device fitted with a camera showed the drains to be in fairly poor condition. Many are cracked or breaking. Pieces of the pipes are displaced from position and some joints are also displaced. Tree roots have entered the drains at some points, and at some points there is sediment present. It is common ground between the hydrologists who gave expert evidence in the case that water which was in the pipes has been forced under pressure through cracks in the pipes and into the subterranean soils between the pipes and the basement. That water, together with water already in the subterranean soils (groundwater), has been pushed into the basement.

After considering the evidence of the hydrologists, Davis J found [at 49]:

The Terms of the flood exclusion were set out at paragraph 62:

‘The Insurer(s) shall not be liable under Sections 1 and/or 2 in respect of:

…
3. Physical loss, destruction or damage occasioned by or happening through

Provided that Perils Exclusions 3(a) and 3(b) shall not apply if loss, destruction or damage is caused by or arises out of an earthquake or seismological disturbance.’

Having observed [at 63] that there was no evidence of ‘earthquake or seismological disturbance’ Davis J noted [at 64]:

‘In construing the exclusion clause, the aim is to objectively discern the parties’ intentions by reference to the words of the clause in the context of the whole document.
As the policy is a commercial contract, regard should be had to “the commercial circumstances which [it] addresses and the objects which it is intended to secure’ [citing McCann Switzerland Insurance Australia Ltd (2000) 203 CLR 579 at [22]]

Davis J noted [at 65] that while the clause must be construed as a whole, it was useful to consider the constituent parts of the flood exclusion, which His Honour proceeded to do, under the following headings:

Physical Loss, destruction or damage occasioned by or happening through

‘The flood exclusion identifies an event (here, relevantly, flooding) and then excludes liability for “physical loss, destruction or damage” which is “occasioned by or happening through” the “flood” as defined. The “flood” here is the “inundation” of “normally dry land”, being the subterranean soils or the basement, by water which is “escaping” from the “natural confines of [the Brisbane River]”.’

In noting that Mercantile Mutual Insurance (Aust) Ltd v Rowprint Services (Victoria) Pty Ltd [1998] VSCA 147 (which said the words ‘occasioned by or happening through’ have a wide meaning) has been followed consistently in Queensland, Davis J said [at 69] that therefore much of the difference of opinion between the competing experts in the case ceases to be relevant. His Honour went on to say [at 69]:

[72] However, local runoff has also entered the subterranean soils and contributed to the damage in the basement. Similarly, if the “normally dry land’’ is the basement, the damage is “occasioned by or happening through” the escape of river water, and also local runoff.’

[73] Consequently, this is a case where there are multiple causes of the damage and only one of those causes is caught by the flood exclusion. That raises consideration of Wayne Tank and Pump Co Ltd v Employers Liability Insurance Corporation Limited.

[74] There is, in the authorities, fairly regular reference to what is called the “Wayne Tank principle”. That principle is said to be that where there are two proximate or substantial causes of the one loss and only one falls within an exclusion clause, the insurer may rely upon the exclusion and avoid liability. However, there must be some doubt that Wayne Tank establishes any general principle; rather, it establishes that the proper construction of most exclusion clauses will in fact lead to a result that an insurer will avoid liability under an exclusion clause where one or more proximate causes of the loss falls within the clause.’

[78] Here, all the damage to the basement is loss “occasioned by or happening through” the escape of water from the river. This is because it was the back up of water from the river which caused the pressure in the pipes to rise to a point where water was forced into the subterranean soils. However, it is not the escape of river water into the pipes which activates the exclusion. It is the escape of water into “normally dry land”, here the subterranean soils or the basement.

[79] The majority of the water that entered the basement was river water. It follows then that the majority of the water which entered the subterranean soils was river water. Certainly then, the dominant cause of the loss is the “inundation of normally dry land by water escaping from the normal confines of [the river]”. There is only one loss, being the damage caused by the body of water which entered the basement.

‘It is necessary to consider the purpose of the clause viewed against its presence in a commercial contract. It would be a very curious result if the relevant loss is damage caused to the “Property Insured”, but the “Property Insured” is not “normally dry land” for the purposes of the flood exclusion. What is intended is to exclude liability in circumstances of “flood”. The flood exclusion does this by excluding liability where the loss is occasioned by or happens through the inundation of normally dry land which may include the premises insured. This conclusion is consistent with Eliade Pty Ltd v Nonpariel Pty Ltd and LMT Surgical Pty Ltd v Allianz Australia Insurance Ltd. Therefore, the entry of river water into the basement was entry of water into “normally dry land”.’

‘I reject the submission that the subterranean soils were not “normally dry”. There was certainly groundwater at some level in the subterranean soils. The groundwater level in the vicinity of the basement was usually between 1.5 and 2.7 AHD. While the experts agreed that the heavy rainfall may have raised the level, that level was impossible to ascertain. Any significant leakage of water from the pipes would only occur when the pipes were under pressure; that is when there was significant rainfall or other events to fill them. There was therefore generally not water present in the soils at the level of the pipe of the basement’.

‘In one sense, once it is accepted that rainfall is “normal”, no land other than that in completely arid areas would be “normally dry land” as the land would not be dry during periods of rainfall.
His Honour’s approach to the construction of the term “normally dry land” must, with respect, be correct. The usual character of the subterranean soils between the pipes and the basement wall, at least at the relevant time level is usually dry. It is “normally dry land”.’

‘In any event, for the reasons already explained ... [at 83 where His Honour found that the term ‘normally dry land’ included in this case the land occupied by the buildings and also includes other land which is ‘normally dry’] ... the insured premises may be the “normally dry land” for the purpose of the exclusion. The basement of the premises is “land”, it being a fixture on land, and clearly, the basement is “normally dry”.’

Escaping or released from the normal confines of any natural water course whether or not altered by any reservoir, canal or dam

In noting [at 94] that the Brisbane River was obviously a natural water course and that there was no submission that the pipes themselves were part of the natural water course or were a canal, Davis J firstly considered whether run off which was unable to drain into the river because of back up of river water in the pipes is water ‘escaping [the river]’.

‘Here the flood exclusion applies to water “escaping from or released from [the river]”. In context, both “escaping” and “released” “from” the river assumes that the water has at one time been in the river. Therefore it is the river water, and not the local runoff, which is caught by the flood exclusion. The exclusion does not apply to damage done by water that could not reach the river unless the damage caused by that water was damage “occasioned by or happening through” the “inundation of normally dry land by [the river water]”. I reject... [the submission]...that water that could not reach the river was water escaping the river.’

Finally, in rejecting [at 106] the submission that water is not ‘escaping’ but has ‘escaped’ once it leaves the confines of the river, His Honour went on to state:

‘...Only water which has actually left the confines of the river can do damage and cause loss, relevantly by “inundating normally dry land”. Therefore, for the exclusion clause to have any operation to exclude loss caused by escaping water, the water must be, for the purpose of the clause, still in the act of escaping after leaving the confines of the river. The point at which water ceases to be “escaping” and has “escaped” obviously is a matter of fact. However, here all the experts say that river water entered the subterranean soils between the pipes and the basement wall and entered the basement. That water was therefore “escaping from the confines of [the river]” and inundated “normally dry land”, namely the subterranean soils and the basement of the premises’.

Findings on the exclusion clause

In the context of the present case His Honour found that the exclusion clause operated as follows:

[108] ‘The damage to the basement was caused by water from various sources:

[111] ‘Damage done by local runoff entering the basement is not damage caused by ‘flood’, but on a proper construction of the flood exclusion, the exclusion is available to the defendant.’

[112] ‘The plaintiffs’ claims are excluded by the flood exclusion.’

An insurer bears the onus in establishing that a particular claim falls within an exclusion clause [Pye v Metropolitan Coal Co Ltd (1934) 50 CLR
614, 625].

In relation to exclusions of damage by flood, as was observed by His Honour Jackson J in the prior Queensland case of LMT Surgical v Allianz Australia Insurance Ltd [2014] 2 Qd R 118 [at 21] the scope of the cover or exclusion of damage caused by flood, depends on the specific language deployed in the particular policy on the subject matter and is not determined by the meaning of other policies which deploy other language or by broad statements as to purpose or object.

The decision of Davis J noted above might be thought to provide an illustration of this, for as His Honour observed [at 105] there was only one word which was different in the flood exclusion under consideration in the case before His Honour to that considered by Jackson J in LMT, which led to that case being distinguished on the facts.

To read Part I of this newsletter, please click here. 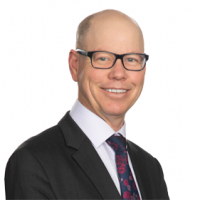