Unfair contract terms regime to be extended to insurance contracts

The deadline for submissions closed on 28 August 2019. It is likely that the Bill will be introduced into Federal Parliament in the coming months. The proposed commencement date for the amendments is 18 months after the Bill receives Royal Assent, and will apply to contracts of insurance made or varied after the commencement date.

The UCT regime was introduced as part of the Australian Consumer Law (ACL), which was the key recommendation from the Productivity Commission’s 2008 Review of Australia’s Consumer Policy Framework.

The UCT regime was implemented in 2010 to provide consumers with protection from terms in standard form consumer contracts. These contracts are generally presented in a ‘take it or leave it’ manner, that is, there is little room for consumers to negotiate a variation to the terms of the contract if they consider it to be unfair. The UCT regime was extended to cover standard form small business contracts in 2016 in recognition that small businesses, much like consumers, also have difficulty negotiating terms in ‘take it or leave’ contracts.

All insurance contracts are governed by the Insurance Contracts Act 1984 (Cth) (ICA). The ICA was introduced on 1 January 1986 to reform and modernise the law relating to insurance contracts so that a ‘fair balance’ could be struck between insurers, insureds and other members of the public.1

From 2008 onwards, there were several discussions and recommendations from various bodies to extend the UCT regime to cover insurance contracts in order to provide another layer of protection to consumers. Prior to the Bill, Commonwealth, State and Territory legislation did not provide relief for unfair insurance contracts,2 or relief from the consequences of misrepresentation for insureds.3

In 2017, the Senate Economics References Committee conducted an inquiry into the general insurance industry. The Committee’s report was released on 10 August 2017 and it contained a recommendation that the UCT regime be extended to cover insurance contracts. The report considered submissions from various consumer rights representatives and bodies that were concerned that the ICA did not provide adequate protection for consumers. The main reason for this concern was that the statutory duty of utmost good faith, which provides that each party to an insurance contract must act towards the other with the utmost good faith,4 was not considered to afford adequate consumer protection.5

Subsequently, a proposal was released in 2018 by Treasury, recommending that the existing UCT provisions contained in the ACL6 and Australian Securities and Investments Commission Act 2001 (Cth)7 be extended to insurance contracts. The proposal contains a number of recommendations to tailor the UCT regime to insurance contracts, which are largely adopted in the Bill.

Most recently, in February 2019, Commissioner Kenneth Hayne, in his final report for the Royal Commission into Misconduct in the Banking, Superannuation and Financial Services Industry, recommended the extension of the UCT regime into insurance contracts.8 This was the final push for change that led to the preparation of the Bill.

The proposed changes will apply to all insurance contracts, including general and life, where at least one party to the contract is a consumer or a small business.9

A consumer is an individual whose acquisition of what is supplied under the contract is wholly or predominantly for personal, domestic or household use or consumption.10

A small business is a business that employs fewer than 20 people and either the ‘upfront price payable’ under the contract does not exceed $300,000 or the contract is for a duration longer than 12 months and the upfront price payable does not exceed $1,000,000.11 In calculating the persons employed by a business, a casual employee is not included unless he or she is employed by the business on a regular and systematic basis.12

An insurance contract will be considered to be a standard form contract, unless proven otherwise.13 Significantly, this will be the case even if a broker intermediated the contract,14 and there are several coverage options to choose from, such as the level of premium or excess payable,15 on the proviso there is no room to negotiate the terms and conditions underlying the insurance contract.

A court can declare that a term is unfair on application either by an insured or by ASIC.16 A term will be considered unfair if the court is satisfied that it causes a significant power imbalance between the insurer and insured, it is not reasonably necessary to protect the legitimate interest of the insurer and it would cause detriment to the insured.17 The ICA will be amended to include relief for compensatory damages, which were excluded previously.18

The Bill proposes that the UCT regime is tailored to insurance contracts in the following ways:

The proposed extension of the UCT regime to insurance contracts has been welcomed by consumer groups on the basis that insurance is an area where greater consumer protection is required. On the other hand, the proposal has been criticised by the Insurance Council of Australia, on the basis that the Bill will not assist consumers because it will result in higher premiums and cause certain markets to harden further.27 The Insurance Council of Australia has proposed that Australia should instead follow the approach used in Europe, which enables consumers to challenge terms that unfairly prevent them from receiving protection they thought they had purchased.

The reported decisions suggest that the UCT regime has not been a source of significant litigation since it was introduced, although in most instances where the terms of a contract have been challenged by the Australian Competition and Consumer Commission, the courts have declared the impugned terms to be unfair and therefore void.

It will be interesting to see how the insurance industry responds to the regulatory challenge posed by the proposed extension of the UCT regime to insurance contracts, as well as the impact this has on consumers. Having regard to the proposed commencement date, it is likely that the full impact will not be known for some years. 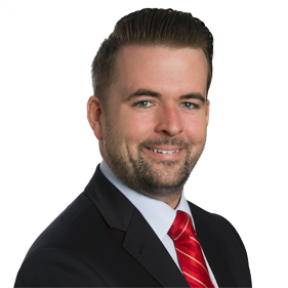 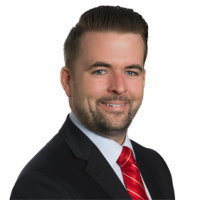