Obvious risk – Is it really that obvious?

Navigating what will and will not constitute an obvious risk under the Civil Liability Act 2002 (NSW) (CLA) can be a tricky task.  However several recent decisions have highlighted an increasing acceptance for the defence. For example:

Two more recent judgments delivered by the New South Wales Supreme and District Courts provide further guidance in determining when a risk will be obvious. This newsletter outlines the obvious risk provisions and examines those decisions.

The CLA definition of ‘obvious risk’

Sections 5G and 5H of the CLA provide that injured persons are presumed to have been aware of obvious risks, and confirm there is no proactive duty to warn of an obvious risk. Each state’s civil liability legislation contains similar provisions, although no territory statutes carry an equivalent.

The obvious risk provisions9 must also be considered (and argued) in the context of section 5B of the CLA which sets out the general principles of negligence. A theme from the cases is that a risk can be obvious, but also insignificant – and that reasonable care requires a defendant to take no precautions against that type of risk (and the claim fails on the question of breach).

The recent case of Menz v Wagga-Wagga Show Society Inc10 (Menz) reiterated the Court’s unwillingness to find a defendant liable for failure to take precautions against the obvious risk of riding a horse.

In Menz, Mrs Menz (plaintiff) was an experienced horse rider and trainer, having owned, handled and raised horses for a large portion of her life. The plaintiff competed with her horse Sonny in several events at the agricultural show held by the Wagga Wagga Show Society (defendant). Prior to competing, she had bought tickets to participate at the office of the defendant, and had signed a waiver that the plaintiff admitted was 'routinely provided at agricultural shows'. On 28 September 2012, the plaintiff attended the last day of the show to again compete in several events with Sonny. The plaintiff was warming Sonny up in a separate warm-up area when several children playing on the fence nearby made contact with a metal sign on the fence, creating a sudden loud noise. The noise startled a nearby horse, spooking Sonny and causing him to fall onto his right side on top of the plaintiff.

The plaintiff suffered severe injuries as a consequence of Sonny’s fall, and was likely to continue to suffer ongoing associated issues. The crux of the plaintiff’s case against the defendant was that there was a failure on its part to have marshals or stewards available to control the presence and behaviour of any children in or around the warm-up area. The defendant denied liability for the accident, pleading the defences of dangerous recreational activity, obvious risk, materialisation of an inherent risk, and no duty to warn where the risk is obvious.

The waiver that the plaintiff signed was extensive, advising that participation in the events at the show contained elements of both obvious and inherent risks, were undertaken voluntarily by the participant, and constituted a ‘risk warning’ for the purposes of the CLA. The plaintiff knew that a horse could not be entered into the event without signing such a warning. The Court held that a reasonable response on the part of the defendant was to make it clear to those who wished to compete through the risk warning that it would not be liable for any injury.

The Court emphasised the behaviour of horses in determining whether the risk was an obvious one. The evidence placed before the Court established that horses, even placid ones, are prone to being frightened or spooked by any number of external stimuli, including noises or a piece of paper blowing across the ground. The Court noted that there was no such thing as a 'bomb proof horse'. The plaintiff, an experienced horse-rider and handler, admitted that she knew that horses were unpredictable in their behaviour and prone to spooking due to any manner of stimuli. The plaintiff attempted to categorise the relevant risk as the risk of a noise being made by children hitting a metal sign, but the Court disagreed, holding that the relevant risk was that a horse might spook and cause a rider to fall. Therefore, the risk of a horse being spooked was obvious to a person such as the plaintiff, with the lengthy experience in equine behaviour. The defendant did not have a duty to warn of this obvious risk and did not have to take any additional steps to avoid the obvious risk.

Following on from obvious risk, the Court also held that as the identified risk could not have been avoided by the taking of reasonable care and skill on the part of the defendant, the plaintiff was injured as a consequence of the materialisation of an inherent risk.

Interestingly, the Court also accepted that the plaintiff was engaged in a dangerous recreational activity at the time of the accident, finding that there is a risk of catastrophic injury to the rider of a horse simply as a consequence of the horse being ridden. The fact that the plaintiff was merely warming up with Sonny at the time of the accident did not mean that the activity of riding him was not dangerous. The risk of serious injury arising from a horse being spooked is continually present, regardless of whether the horse is being ridden in an event or simply warming up.

The case of Caruana v Ski Riders Motel (Kosciuszko) Pty Ltd11 was also dismissed by the New South Wales District Court on the finding that a 26cm elevated step into a bathroom was an obvious risk.

Ms Caruana (plaintiff) and her partner had booked accommodation at the Ski Riders Motel (defendant) for several nights for a skiing holiday. The plaintiff alleged that when she entered room 69, she placed her bags down and walked straight over to the bathroom on the other side of the bed. The plaintiff alleged that she slid the bathroom door open and moved into the bathroom in one movement, tripping on the 26cm high raised step that led into the bathroom and suffering injuries. The plaintiff put forward nine measures that ought to have been adopted by the defendant to minimise the risk of harm occurring, including removing the step, preventing the use of the room until the entry was made safe, putting in a gradual ramp, and posting a warning sign.

The plaintiff tendered evidence from a consulting professional engineer with formal qualifications in occupational health and safety, and risk management, who opined that the concealed and non-delineated height differential at the door to the bathroom was a hidden hazard that indicated the defendant’s 'lack of regard for its primary duty of care obligations'. The Court was unimpressed by the evidence, noting that the plaintiff was heavily medicated when interviewed by the expert, and that the expert had not conducted a site visit of the defendant’s premises, nor taken measurements of the step.

Weinstein SC DCJ also approached the plaintiff’s own evidence with some caution, noting the plaintiff’s own admission that she was medicated with opioids at the time of giving evidence, and her propensity to over-exaggerate her injuries and symptoms. Accordingly, his Honour was not satisfied with the plaintiff’s account of the fall, finding that common sense would dictate that one would stop to open the sliding door prior to attempting to move into the bathroom. Therefore, during the pause, the plaintiff would have viewed the bathroom and noted the visual cue presented by the sink in a distinctly elevated position due to the raised floor of the bathroom. In summary, the visual cue would have made the elevation of the bathroom obvious to a person sliding open the door.

An appropriate risk assessment had been carried out years earlier, but in light of the absence of reported incidents and the obviousness of the step, any audit, inspection or risk assessment would not have identified the step as requiring special consideration.

When considering the visual cue provided by the raised bathroom sink, and that the step was clearly visible when the door was open, Weinstein SC DCJ was satisfied that the risk would have been clearly apparent and obvious to a notional reasonable middle-aged woman in the position of the plaintiff.

These cases confirm the Court’s increased willingness to accept the obvious and inherent risk defences when pleaded in the context of injuries sustained during the performance of activities that present an obvious risk. As the court-assessed quantum in Menz came in at over one million dollars, it is easy to see the value in pleading the defences of obvious risk, dangerous recreational activity and inherent risk in the context of such activities. However, it is important to note that these cases are highly fact-dependent and will turn on the specific circumstances surrounding the situation. Early and thorough investigation of matters is essential to secure key evidence.

If we can be of any assistance please contact Partner Michael Bath, Special Counsel Ryan Stehlik or Senior Associate Kim Ong Lynch. 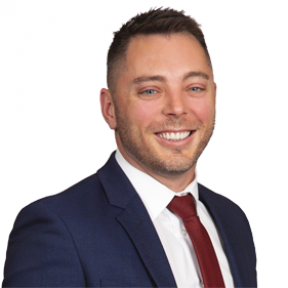 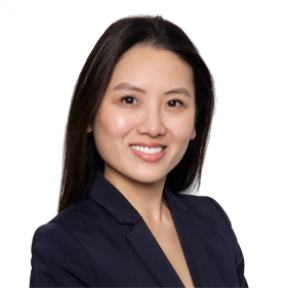 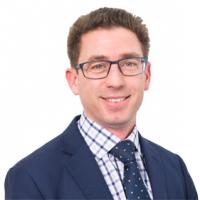 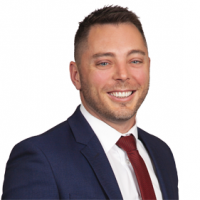 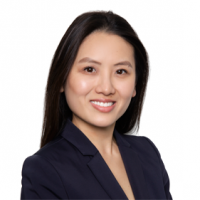