Are your dispute resolution clauses enforceable?

Given that litigation can be a long endeavour, combined with the considerable costs involved, parties to construction contracts often look to rely upon contractual dispute resolution provisions to resolve their disputes and maintain commercial relationships.

However, the enforceability of these provisions is by no means clear and the courts approach to interpretation will largely depend on the nature of the dispute, the width of the clause and whether or not it is intended to operate in the context of the dispute in question.

The recent Queensland Civil and Administrative Tribunal decision in Contrast Constructions Pty Ltd v Allen & Taylor,1 examined issues in this area and highlighted the need to be aware of how and when dispute resolution clauses will apply.

The first consideration is whether the clause is sufficiently certain. In order to satisfy this, courts have stressed the need for parties to detail a clear process to be employed in the event of a dispute. A clause that leaves the course of action as being subject to further agreement of the parties (such as the parties may agree to a further course of action or may agree to proceed to mediation) is unlikely to be binding.

The second consideration is whether the wording of the clause provides for a mandatory process to be employed as a pre-condition to litigation. Despite the inherent jurisdiction of the courts to resolve disputes, the recent trend of authority has been in favour of holding parties to their contractual bargains, by granting a stay of proceedings pending the outcome of the dispute resolution process.

The court has a wide power to stay proceedings, and when considering whether to exercise its discretion, courts will have regard to the conduct of each party and specifically whether the party seeking to invoke the dispute resolution process has undertaken the necessary steps to comply with that process.

What if the contract is terminated?

The first thought of many is that if the contract is terminated, then parties will not need to comply with dispute resolution processes in the contract as it is no longer on foot. This may not always be the case.

If there is clear wording in the contract that provides for the survival of the dispute resolution clause in the event of termination, the courts will hold the parties to their contractual bargain and enforce the process.

Similarly, if the parties have invoked the dispute resolution process prior to termination and it is apparent from the terms of the contract that it intended to survive termination, then it is highly likely that the dispute resolution clause will be enforceable. This derives from the general principle that rights and obligations that crystallised before termination are still subject to the contractual process at the time they arose and are therefore still applicable following termination.

However it becomes more problematic when the contract has been terminated and one party seeks to apply the dispute resolution provisions after termination.

In these instances, whether the clause is enforceable and whether or not the court will exercise its discretion to stay proceedings, will depend on the wording of the dispute resolution clause, the nature of the dispute and the particular process that the party is seeking to enforce.

For a mediation clause to be enforceable and certain, it must be expressed as a condition precedent to litigation, detailing the mediation process with sufficient particularity.

The recent trend of Australian courts is to uphold requirements to negotiate in ‘good faith’ as sufficiently certain, only where the party’s obligations in the process are specifically defined – for example by detailing which parties must undertake certain acts, within defined time frames; and the party seeking to rely upon the clause has complied with these obligations.

Where the process leading to mediation is specifically detailed but mediation is an elective option (i.e. ‘after 15 days, parties may refer to mediation’), courts have again been inclined to strictly interpret such a clause and refuse to enforce the contractual provision if the party seeking to rely on it has not complied with that process – for example if there was no referral clearly communicated to the other party within the time frame.

Given that expert determination provisions seek to resolve disputes of a specified technical character, courts will look to whether the particular dispute falls within the expert’s field of expertise and whether the wording of the clause is wide enough to encompass the dispute in question. In other words if the parties have agreed on an expert (or a process to appoint one) for particular types of disputes and the dispute in question falls within the experts’ field, then courts will look, where possible, to uphold the agreement to refer the dispute to that expert.

If there are a multiplicity of issues not suitable for determination by one expert then this will weigh against such a clause being enforceable.

A contractual agreement to refer a dispute to arbitration has historically been interpreted as separate, distinct and severable from the main contract and will likely be independently enforceable. As such, in the absence of words in the contract evidencing a contrary intention, clauses specifically referring a dispute to arbitration generally survive termination of the underlying contract.

If the contract is terminated and the dispute arose prior to termination, then the dispute resolution is likely to still be enforceable.

If the contract has been terminated then:

The above are broad guidelines and in each instance it is necessary to review the specific wording of relevant clauses to determine application.

For a more comprehensive outline of the case law and legislation relevant to dispute resolution provisions, please see our extended industry paper publication by clicking here. 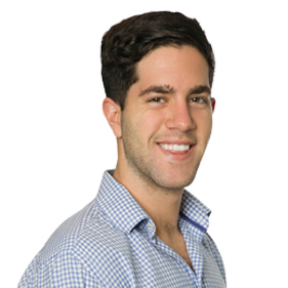 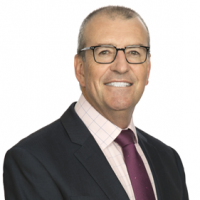 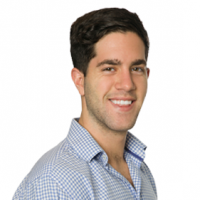